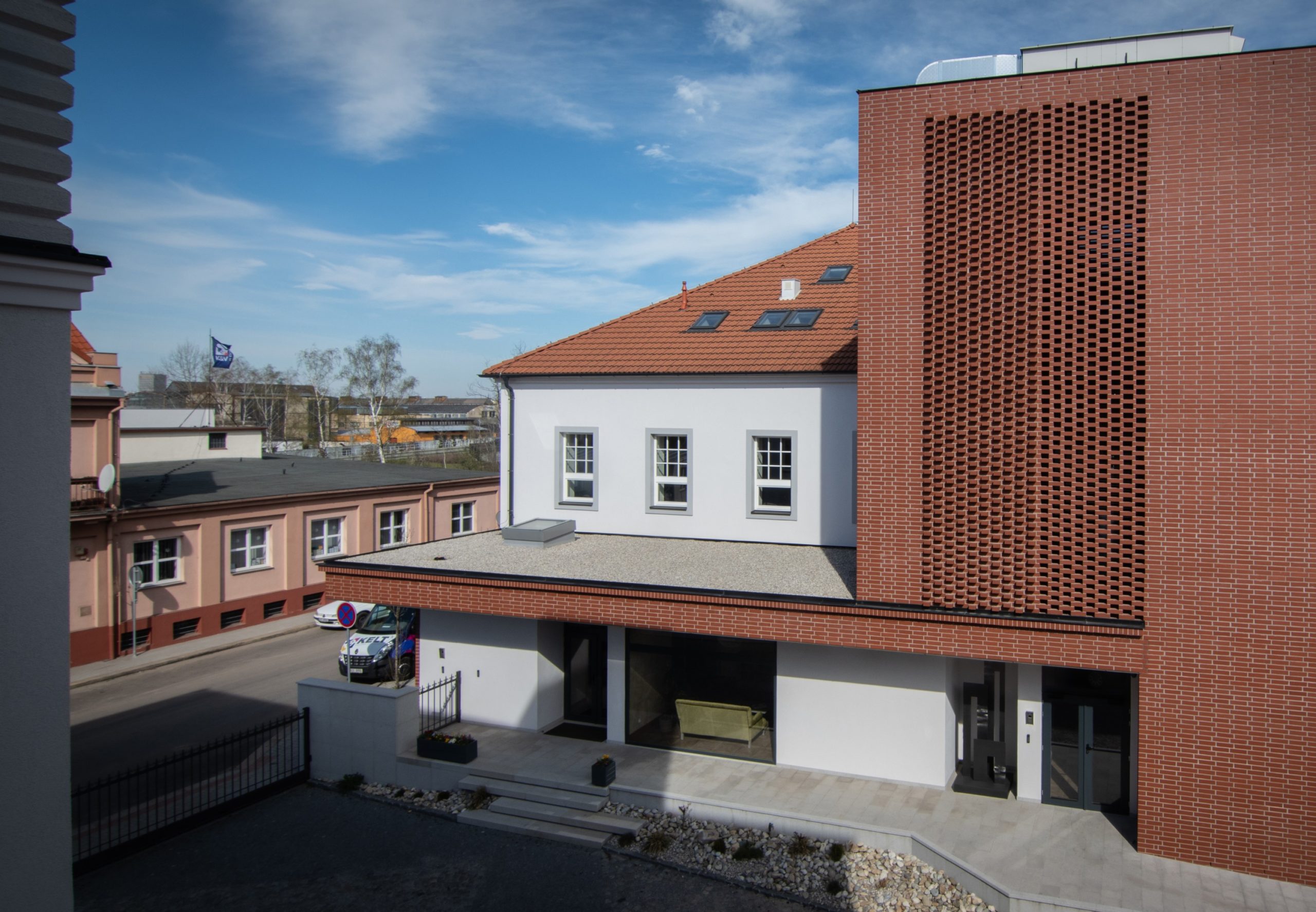 Madeta, the largest processor of milk in the Czech Republic and the premises of the Madeta factory located in Budweis wanted the Madeta Akademie to create a clear visual identity for the company’s premises, invest in thermal insulation and sustainability and optimize synergistic use of the existing buildings. The Madeta factory is used to occupy a large site with the charm of an old industrial quarter. After the perfect makeover, this site is now one iconic modern building structure which is well-insulated buildings and has a perfect and consistent design.

Renovation/Upgradation Of An Industrial Site

Madeta had three explicit demands from the upgradation:

They required a modern building compound with a touch of industrial atmosphere, without wholly abandoning the existing architectural structures.

It was not an easy assignment for the architects of the +arch from Budweis. They had to work with rooms on different levels and very precise space requirements within an existing collection of buildings. In addition, they had to retain some façades and windows which involved breaking up spatial structures or installing insulation. There were few new building elements constructed elsewhere. The client wanted the compound to have overall clarity, from the inside and outside.

The Madeta Akademie was to be the leading element of the ensemble. The façades of the existing building were cleaned, refurbished, insulated and brought together in one single framework with clearly structured elements. The new, vertical staircase tower and horizontal entrance portal in red brick direct the eye and create visual orientation. The building envelope of the tower combines openings with bricks that jut from the façade, creating a diverse interplay of light and shadow. Floor-to-ceiling windows mean the effect is also visible from inside.

These modifications resulted in a building complex with a wide variety of potential uses: Two buildings with separate access and different functions now house nine meeting rooms, a conference room, a private restaurant with a connected presentation space and ample space for short-term and long-term accommodation with a total of 36 beds.

Projections and openings on the brick façade create an interesting interplay of light and shadow which, at first glance, gives the impression of an optical illusion.

During the course of the renovations, the outdoor area was converted from a forecourt of bare gravel to a leafy communal space. Planners were able to create a visual link between the Akademie and the neighboring building with their choice of facing bricks. The adjacent building was clad in the same brick as the Akademie, but in a lighter and less dominant chr3x3olour, creating a sense of connection between the two buildings while ensuring that the Akademie is not overshadowed.

In addition to creative changes, the outer walls were also upgraded with thermal insulation. Inside, sound-absorbing and thermally insulating masonry was constructed. The end result is a functional building complex with a touch of industrial chic that ties in perfectly with modern design trends.