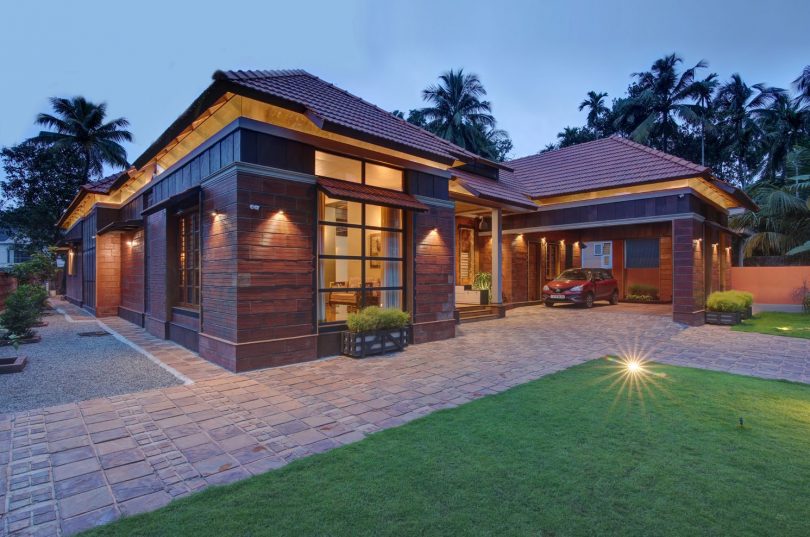 The site has a special character, the neighborhood context was a temple. The main idea behind the project was how to bring about these characters, culture, traditions and adapting the form based on climatic analysis inspired by the temple. The rooms of the house adopt buffer zones inspired by the south Indian temples. The movement of the visitor from the busy world cutting across the various buffer zones up to the inner core. Here the inner core symbol (calmness and peace) is symbolised by the central water body.

The Kerala Mural Paintings introduced the concept of the Panchavarnas – or the five colors: black, white, red, yellow, and green. These are the only colors used in this style. This idea was inspired and introduced to the interior mood boards.