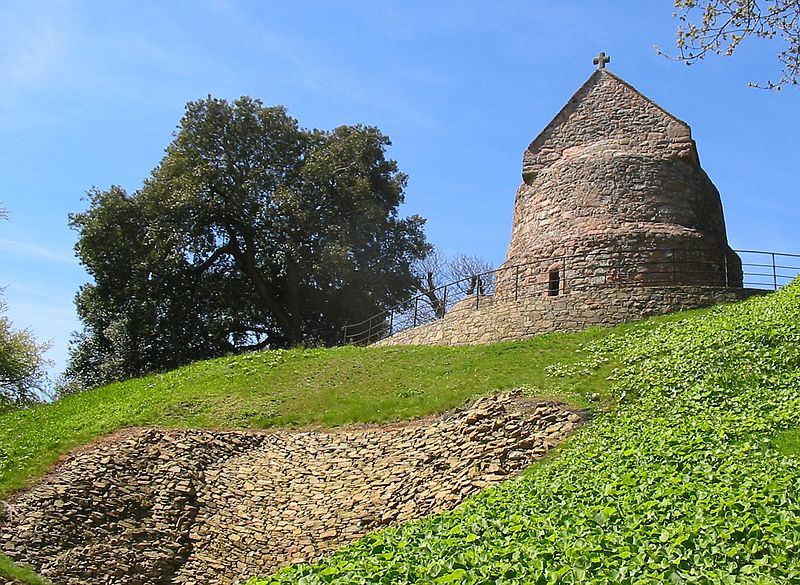 Architecture is been a very interesting subject for a long time now. Whenever we see some buildings, we praise their architecture even in our subconscious mind without even knowing its deep intricate details. We get interested in the monuments which look beautiful or somehow unique. There are some oldest buildings throughout the world that have reached up to architectural excellence. Today, we have compiled a very interesting list of the seven oldest building in the world, so read on:

7 Oldest Building In The World

This building is also known as the Necropolis of Bougon. It is five mounds grouped into a single place and this is a burial ground that was built back in 4800 BC in France. In 1840 some archaeologists and anthropologists rediscovered it and named in alphabetical order for better identification. It is considered to be a unique piece of architecture and that is why the government has acquired this place to preserve it.

La Hougue Bie is situated in jersey in Great Britain and it is believed to be the oldest structure in this country which was man-made and also one of the oldest building in the world. It is around 6000 years old and a passage grave to be very precise. Currently, there is a museum for the tourists and visitors to this place and also a watch post and a bunker was built at the time of World War II. If we see this from the architectural point of view then it is the perfect alignment with the equinox and also the structure is from Neolithic era. Currently, there is also a medieval chapel near the mound.

If we talk about one of the oldest temples in the world then this one will come into the picture for sure. It is the three connected temples near Malta and in 1980 it was declared to be a UNESCO world heritage site. Being a heritage site, it is conserved and restored to a great extent and some pieces of nicely carved stones have been taken to a museum for better preservation. The archaeologist says that these were built in 3100 BC. People consider it as one of the most nicely preserved temples.

Egypt is anyway famous for the pyramids but this one is the oldest structure in stone cut alignment here. The exact location of the Pyramid of Djoser is Saqqara and it was built in 2700 BC for the purpose of burying the Pharaoh Djoser. Previously the original structure was even larger than the present one and the whole exterior was built by polished limestone with a size of 109 by 125 metres.

Minoan Palace of Knossos is one of the oldest architectural excellence in Europe and the exact age of this palace is unknown to everyone. It was excavated Andre discovered in the 20th century and all the preservation measures are taken from that time by the government. This palace is the witness of so many types of disasters that made the people around this place to leave the city and state between the periods 1380 to 1100 BC. In this palace, rocks are used to inscribe some scripts which are under the testing by the archaeologist here.

Greece is famous for its architectural excellence and this one is one of the most famous buildings in Athens which was built back in 447 BC in the name of goddess Athena. The building got completed in 432 BC and the whole world know this building as the extraordinary showcase of white marble exterior and tall columns. So right now, this is kind of the symbol of glory for ancient Greece and also it is considered to be a world heritage site.

Sanchi stupa is one of the greatest and oldest building in the world located in India. It was built by Ashoka in the 3rd century BC. The whole building is a complete hemispherical structure made with break and the decoration is influenced by Buddhist culture. The gates of this building are curved and so many intricate designs are used. The whole stupa is surrounded by a wall which has a total of four gates. Those gates are the symbols of four Cardinal directions. The construction of this building was completed by the wife of Ashoka named Vidisha Devi.

So, these were few of the oldest building in the world which have taken architecture to another level of excellence. All of these are kind of very old structures and currently, they are taken care of by the government for better preservation. But most of these structures are open to the tourists, so there is a fair chance for all you to witness these architectural beauties.

Do let us know if you ever visited any of these. You can share your experience with us in the comment section below.

You May Like: Ted Talks On Architecture – 7 Must Watch For Architects