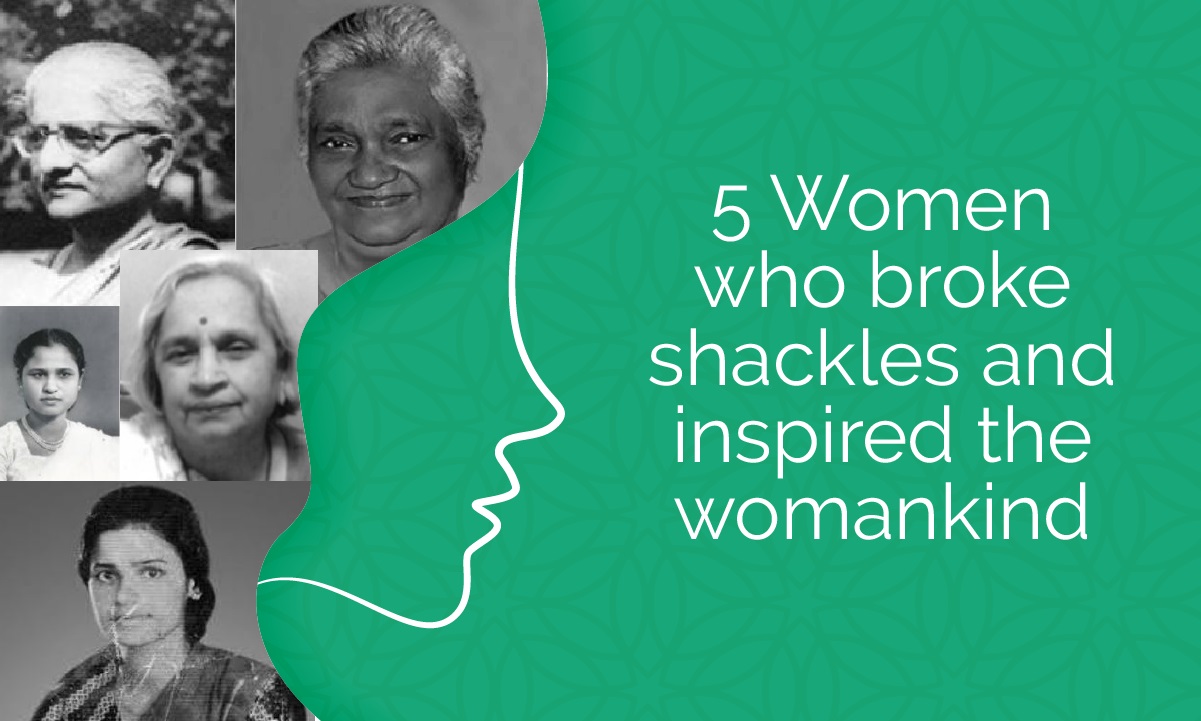 Over the last 10 decades, the role and rights of women have transformed beyond all recognition. But, one thing that has remained constant is the sheer number of awe-inspiring women that exist all across the globe. To celebrate International Women’s Day 2021, we have made a small list of 5 pioneering Indian women engineers who managed to break all the shackles and have been and will continue to be an inspiration for women who come after.

The “Male-Dominated Construction Industry In India” …. And Women

When you think of an industry dominated by men, construction might be one of the first that comes to mind.

After agriculture, construction is the 2nd largest industry in India and contributes significantly to the GDP. This industry promises employment for both skilled and unskilled works and is presently growing at the rate of around 7% per annum.

In India, women make up 42% of new graduates, but only 24% of entry-level professionals. Of these, about 19% reach senior-level management roles. Women hold only 7.7% of board seats and just 2.7% of board chairs. In the construction, the number drops further as only 1-2% reach top-level management positions.

Did you know? Construction Industry engages over 35 million people, and women occupy nearly 30 percent of the workforce; also, over 65% of the women work as construction laborers.

Still, there is a scarcity of women in technical and managerial roles, particularly civil engineers, architects, structural engineers, electrical engineers, maintenance, and supervisorial staff, as just 1.4% of the women are engaged in such technical roles within the industry. Out of these less than 2 percent reach leadership positions in the construction company.

Women are paving the way for a new style of leadership that is confident, authentic, and highly effective. Women Leaders are changing the world as we see it today. When women, the very few, take top leadership positions, they bring about a change in the very culture of an organization.

Who you are and what you become are different things, yet both are defined by the choices made and the journey of your life. Someone rightly said – you are the writer of your story, the path, adventure, and decisions your take – could make or break history. Building on this, here we bring 5 pioneering Indian women engineers who did the same:

Daughter of bridge engineer S. B. Joshi, Shakuntala A. Bhagat was the first woman civil engineer in India. She pioneered many innovative designs and founded Quadricon — a Mumbai-based construction firm that’s designed 200 bridges across the world, including the UK, USA, and Germany. Bhagat worked as Assistant Professor in Civil Engineering in IIT-Bombay, from 1960 to 1970. She designed over 200 Quadricon steel bridges, of spans ranging from 18m to 138m. She developed the concept of designing Bhagat Unishear Connectors through 11 prototypes, perfected through applications. S.A. Bhagat was awarded the highest award from the Invention Promotion Board for inventing ‘Unishear Connectors’ in 1972. Shakuntala was awarded the ‘Woman Engineer of the Year’ award in 1993.

Born in a Telugu-speaking family in Madras, Lalitha set an exemplary example of how women can battle the world singlehandedly. She was widowed at the age of 18 and a single mother who made her own space in the world dominated by men. At the time when no woman had stepped foot in the field of engineering, Lalitha’s father supported her wish to complete her secondary education and study engineering at the otherwise all-male College of Engineering, Guindy. Lalitha graduated in 1943 with a degree in electrical engineering and completed her practical training with a 1-year apprenticeship in Jamalpur Railway Workshop, a major repair, and overhaul facility. Throughout her career, she stressed providing women with equal footing in the other-wise make dominated field of engineering.

College of Engineering, Guindy, the University of Madras in the 1940s saw 3 women, the first of their kind, receiving an engineering degree. One of them was PK Thresia, the 1st woman Chief Engineer in the Public Works Department (Kerala). She was a true trailblazer in a field that continues to date to be heavily male-dominated. She was also the first woman in Asia to serve as a chief engineer in a state’s PWD. As a chief engineer, Thresia ensured infrastructural development in her tenure contracting at least 35 new bridges every year and road construction projects. Additionally, she also worked on many projects related to the construction of hospitals like the women’s and children’s hospitals affiliated to the Kozhikode Medical College. She was definitely not the one who shied away from carrying out experiments, Thresia also pioneered rubberized bitumen roads in Kerala.

Leelamma was the last of the three women who graduated from CEG with a degree in civil engineering. At just 19, she became one of the first women engineer trios. On completing her engineering, she joined the public works department and worked as a junior engineer. The Maharani of Travancore took a personal interest in Leelamma and promoted her achievements to the other women in the city to inspire the other women of the kingdom. The junior queen sponsored Leelamma’s higher education in England, where she pursued town planning. Leelamma returned to India in 1947 when India was moving towards independence from British rule, this, in turn, impacted her career. Later she moved to Trivandrum where she worked with PWD as an assistant chief engineer and completed many projects successfully.

Someone who exemplifies what you can do with an engineering education, May George received her bachelor’s degree in civil engineering from the College of Engineering, Guindy (CEG) in 1947. She was instrumental in establishing the first women’s polytechnic in Chennai to promote technical education among girls. She built homes for the poor and battered women. When most of them refrained, she took in HIV-infected prostitutes from the state of Maharashtra and provided them housing and job training. Throughout her career, May was interested in research on lowering the cost of construction with innovative designs and techniques.

There is no greater agony than bearing an untold story inside you. These women and so many more such superwomen more teach us that we cannot let others write our stories, we make our own paths.

Wishing all women architects from the community a very Happy International Women’s Day 2021!