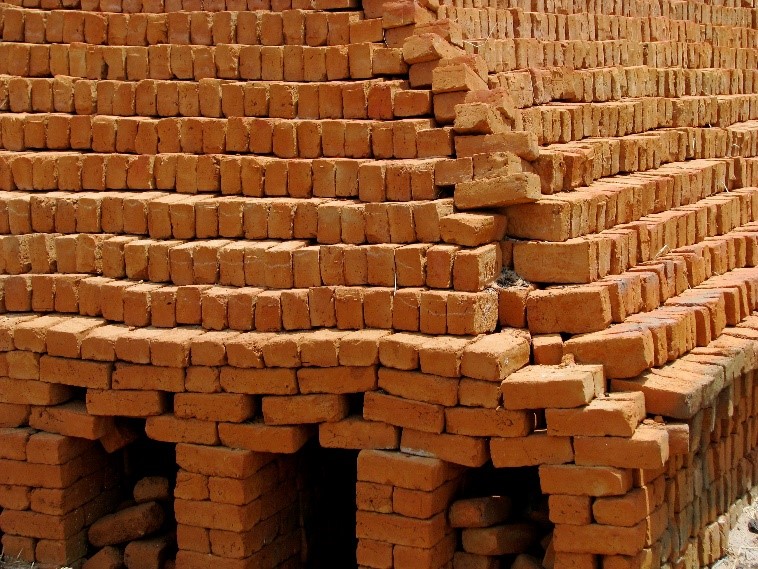 Following China, India is the second largest manufacturer of bricks across the globe. No wonder, this very building material holds so much of importance in the Indian architecture. India alone produces over 10 percent of the bricks which are globally produced and has about 1,40,000 brick-making enterprises, who account for 250 billion brick masonry units (Source). This industry also employs around 15 million workers and consumes annually over 35 million tons of coal. Today there are many other options available to choose from when it comes to building materials, but bricks have always been one obvious choice. This is industry is surely growing as the demand for Bricks never declines due to the fast-economic growth, urbanization, and prosperity. This blog aims to explain how this legendary building material – Bricks, are made. Yes, let’s simplify it for you – The Brick Making Process In India.

The brick making process typically consists of the following steps. 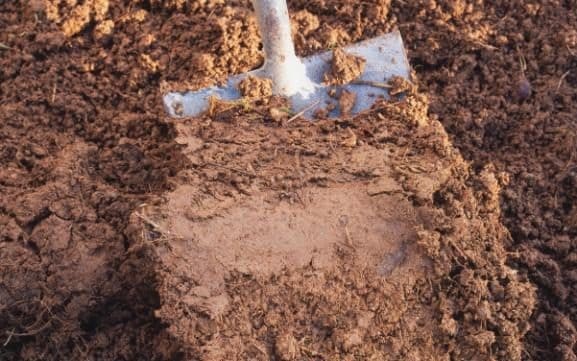 In this first stage, the soil is mined in steps and then laid on a leveled ground where it is cleaned of all sorts of impurities (like vegetation matter, stones, pebbles etc). Once the material is clear from all impurities it is left exposed to weather for few months, this process is known as weathering. After this, the soil is mixed with other material to prepare good brick earth. Post raw materials are mixed, it is tempered in a pug mill by thoroughly breaking, watering and kneading it. 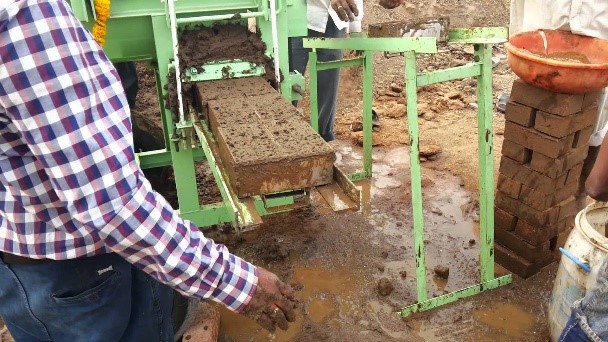 Initially, moulds used for shaping bricks were made of wood, and the makers used sand to ensure the bricks didn’t stick to the moulds. But today there are many other options available for this process. Depending on the quality of the end product, bricks are moulded in many different ways. The most common methods for shaping or moulding bricks are hand moulding and machine moulding. 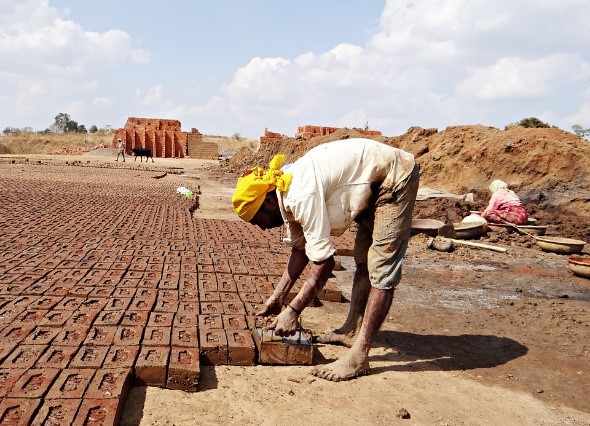 Drying is one of the most important steps in the brick making process. Thinking why are bricks dried? The main reason is to avoid cracks, it is important to understand that damp bricks if taken directly for burning result in cracking. Drying bricks ensure that inadequate moisture is removed before the burning process. Also drying increases the overall strength of raw bricks making them ready to be stacked on greater heights in the kiln for the burning process without damaging it.

Usually, drying is done by simply placing the bricks in sheds which have open sides, this ensures free air circulation and protection from extreme weather conditions. The drying process of bricks varies from 7 to 14 days. 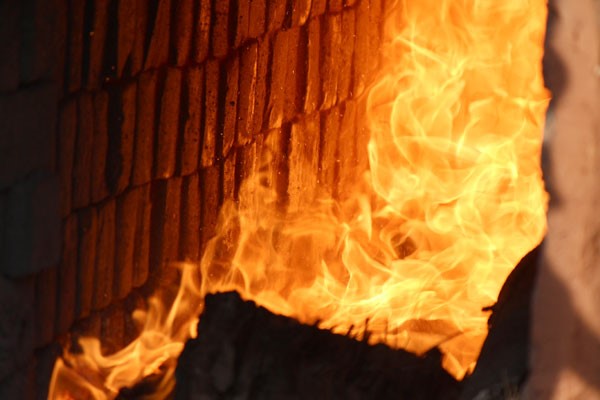 After drying, the bricks are fired to high temperatures in furnaces. Burning is another very important step in the brick making process. Bricks in India are burnt by two distinct methods listed below:

Talking about clamps now, this is a field kiln which is built from the green bricks which would be fired. Clamps vary in size and shape and are carefully oriented with respect to the direction of the wind. Once a clamp constructed and laid out, it needs to be insulated.

The process of firing takes place in several steps. The first step is pre-heating or water-smoking which removes the leftover water from the drying process. After this process comes the stage of firing, here clay bricks vitrify through a chemical process. Temperatures in the clamp must remain constant during this stage to complete vitrification. Cooling stage is the final one, here the temperature needs to be slow and steady. 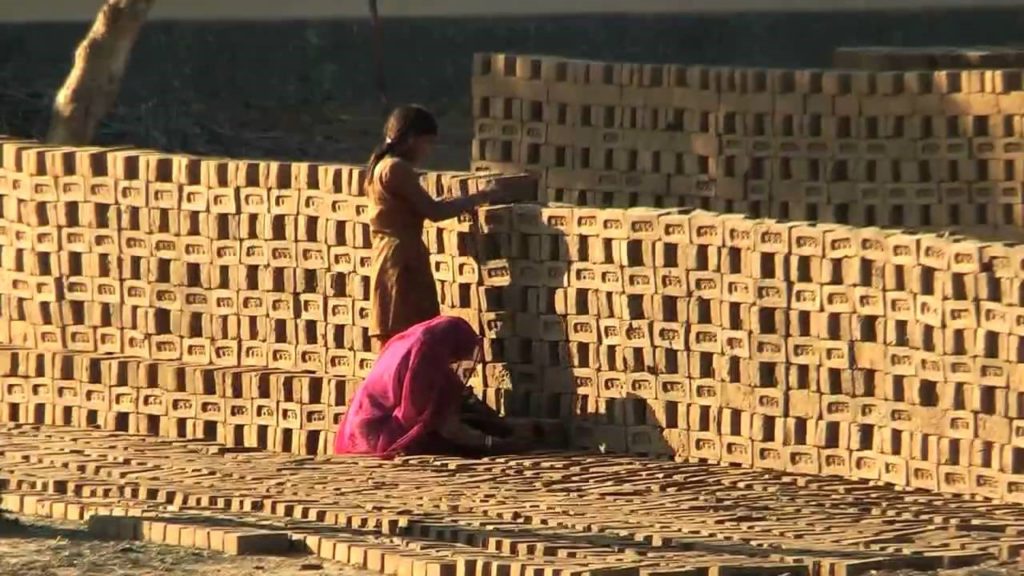 The major brick producing states in India are Uttar Pradesh, Haryana, and Punjab. These states together account for around 65 % of the entire production in the country.

The scale and production of bricks in India varies across India mainly due to the availability of fuel and soil. Even today, traditional techniques are used to produce bricks, and the process involves the use of inefficient methods and manual labor. The manufacturing process of bricks is dependent on seasons as the process of drying and firing are still carried out under open air.

The brick kilns are located around main cities and towns, these clusters have an annual production capacity of over two to ten million bricks. Because of the seasonal dependencies, these kilns operate only for six to eight months in a year.  During the monsoon season, the production process literally comes to a virtual halt. In the Northern mountain regions, (like Jammu, Srinagar, and Dehradun) brick production is very limited and low. 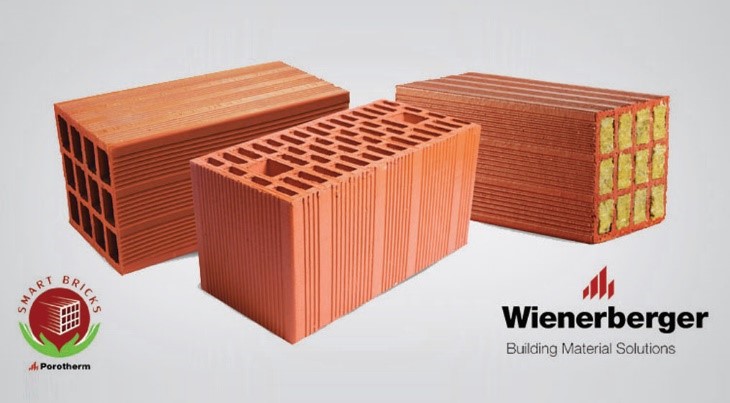 Under the brand name Porotherm Smart Bricks, Wienerberger India has been producing a range of perforated/ hollow Clay Blocks designed to provide better efficiency, durability, ease of use and a host of other benefits that aid in cost-effective wall construction. The main features of Porotherm clay bricks are:

The building construction in India is expected to grow at a rate of 6.6 percent from 2005 – 2030. Over the coming years, the demand for building materials will also rise exponentially. Also, in the past two decades, many alternatives like concrete blocks, FaL-G blocks (fly ash-lime-gypsum) and AAC (autoclaved aerated concrete) have come up. While these alternatives might cost you less, think about what it would give back to the environment. Think Green … Build Green!