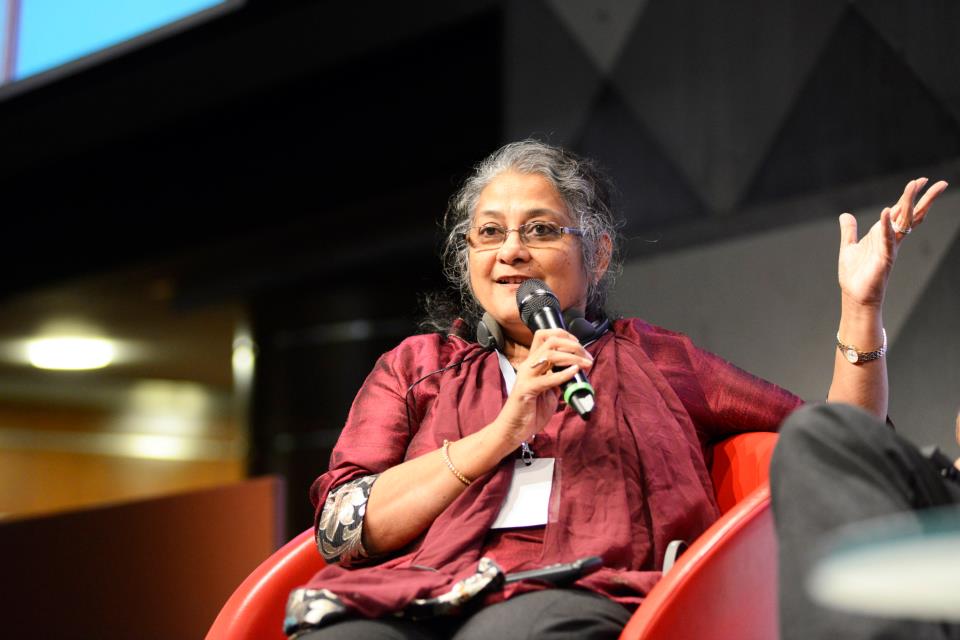 ‘I take my role as an architect seriously because my thoughts and actions are bound to have a lasting impact on people, society and the planet.’

Who else could be so determined, confident, and strong, in her statement, other than respected Sheila Sri Prakash? Yes, the aforementioned statement is one of the Sheila Sri Prakash quotes. Meet this India’s first iconic, international award-winning, and dedicated woman architect in this post.

Being a pioneering and earliest Indian designer and architect, her professional approach with Shilpa Architects works started ever since 1979. Shilpa Architects in Chennai has currently emerged as the forerunner in the eco-friendly sociological plan and design.

Talking about her education, she was graduated from School of Architecture and Planning (Anna University) in the year 1977. She attended 12 weeks educational program at the Harvard University. In a prior male-dominated profession, she established herself despite facing multiple challenges.

Interesting: Architect Gopal Shankar: One Of The Pioneers Of Sustainable Building In India

Her works speak of her dedication and hard work towards architecture. The designs that she created have paid the return elements to her and that’s what made people come to an introduction of this iconic architect of India. She has even been internationally acclaimed for the indo-centric designs she created and thought-leading ideas she contributed.

Known for introducing culturally relevant and vernacular techniques in contemporary architectural design, Sri Prakash is the founding practitioner-researcher to have defined the Spaciology industry. To her, Spaciology (the impact of planning society and space design) is correlated to human behavior through sociology, urban design, and of course, architecture. She also believes that sustainable design should blend sensitivity for environment with socio-economic growth for underprivileged ones. Her strong reciprocal impact connecting the environment to the human behavior definitely deserves a mention in the world of architecture.

The Harmony Sheila Sri Prakash Discovered between Architecture and Dance

Not only did she receive a number of accolades in architectural world but she also has proficiency in classical music and dance of India with training. Besides Sheila Sri Prakash awards as an architect, she is fortunate to have had her training from Guru Dhanndayuthaapani Pillaai for Bharathanatyam dance and Guru Vempatti Sathyam for Kuchipudi dance. Not just that, she has even performed in more than 700 Kuchipudi and Bharathanatyam recitals both dance drama and solo performances with her school troupes. She also performed with legendary personalities like Lakshmi Viswanathan, Hema Malini, Padma Subramaniam, and more. To her, architecture and dance have a special relation.

Architecture and dance are two significant disciplines that share a creative relationship. Both the disciplines define space as the primary mode to creative interpretations. While dance is the movement of body through spaces, architecture with the spatial qualities are experienced through movement. To Sheila Sri Prakash, her ‘sensitivity’ to space is derived from dance. She believes that dance involves some notional space whereby characters are created. And architecture is something that creates elements and ambience giving expression to residential dreams. Dance has had major influences on her thoughts as an architect. And that’s what Sri Prakash focuses on with her Shilpa Architects works.

Her Achievements and Awards

To speak of Sheila Sri Prakash awards, 2016 was the year when she received her official first award – the Role Model Architect Award from WADE India. Apart from several invitations in award ceremonies, her Shilpa Architects works were praised on numerous counts. Her achievements are what make India take pride in having the country’s first woman architect! So far, she has built more than thousand architectural projects.

She happens to be one of the members of the international experts on Global Agenda Council (design & innovation) of the World Economic Forum to serve on role of arts in recognition of Visionary architecture (her signature work featuring heritage, culture, and art). She has also been named among hundred most iconic and influential architects of the world. Reciprocal Design Index is what prescribes metrics and parameters that surround sustainable designs to factor economics, sociology, and environment.

Her surveys has made her spearhead movement of Reciprocity Wave that uses art for creating awareness for ecological and social issues that require immediate attention. From Sheila Sri Prakash quotes, it is evident that she’s a truly multifaceted personality.

You May Like: “Architecture Must Be Region Specific”: An Interview with Meghna Srivastava