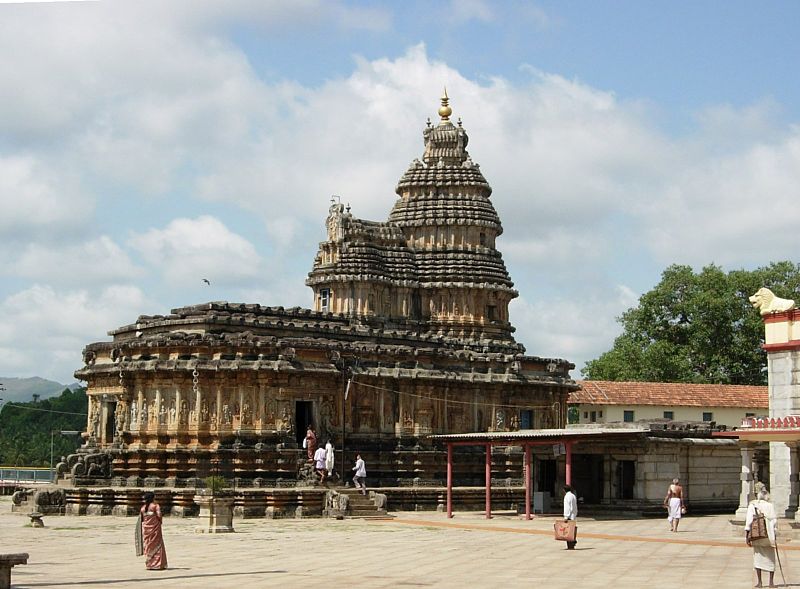 The Vijayanagar Empire, a Hindu empire, was established by King Harihara I in 1336 and rose to prominence under King Krishna Deva Raya during the 16th century. Under the patronage of the empire, art and architecture reached new heights of brilliance. In fact, the influence of architecture was so great that it continued to have an impact on the development of temples, palaces, and shrines in south India long after the Empire saw its last days. Here are the ten most interesting things about the architecture of vijayanagar empire.

Vijayanagar architecture is a beautiful combination of Chola, Pandya, Hoysala, and Chalukya styles. All these styles had evolved centuries before the Vijayanagar Empire and continued to have its impact on the Empire.

Hard granite, which was locally available, was usually the material of choice due to its durability. However, the use of soapstone was also seen in the sculptures and reliefs because it was easy to carve due to its softness.

3. The Features Of Temples

The temples had enclosures adorned with decorative pillars called ‘kalyanamandapa’. There were towers at the entrance, called ‘rayagopurams,’ which were made with brick, stucco, and wood, like the Cholas. Life-sized figurines of gods were common in each of the temples.

4. The Engravings On Pillars

The temple architecture was also known for having carved pillars with engravings of Yali (hippogryphs) or charging horses. Some pillars have horse engravings that were over seven feet tall. The horses were always depicted with riders on their back.

The palaces usually faced north or east. They were situated in compounds that had high earthen or stone walls. They had raised granite platforms beneath them with layers of moldings adorned by carved bands.

The courtly architecture of the Empire was usually made from mortar and stone rubble. It showed influences of Islamic style with its vaults, domes, and arches. The elephant stables, watch towers, and Lotus Mahal palace offer the best examples of this.

7. The Shrines For Tamil Saints

There were shrines made especially for Alwar and Vaishnava saints. They were architecturally different in the sense that these had an image of the saint in whose name it was built. These shrines had an enclosure, a separate kitchen, and a feeding hall for the pilgrims.

Royal centers had tanks with stepwells called ‘pushkarni.’ The steps on all four sides had finished schist chloride slabs put in a symmetrical manner to form the structure.

Madura style is the last phase of the Vijayanagar Empire. It continued flourish even after the Empire perished. The most notable specimens of this form can be seen at Ramesvaram, Madura, Tiruvalur, Tinnevelly, Chidambaram, and several other places in the extreme southern parts of India.

Wikipedia list some of the most notable and historically important Vijayanagara era temples in Karnataka that were built or received significant patronage by the kings and vassals of the Vijayanagara Empire during the period 1336-1646 AD. In Andhra Pradesh the empire built the Mallikarjuna Temple at Srisailam, Upper Narasimha Temple and Lower Narasimha Temple at Ahobilam, Veera Bhadra Temple at Lepakshi and Venkateswara Temple at Tirupati and others. In Tamil Nadu the empire built the Vijayaraghava Permal temple modeled after the famous temples at Tirupati with statues of Krishnadevaraya in Thayar Sanithi pillars facing each other.

Unquestionably, the art and architecture of Vijayanagar Empire was one of their greatest contributions to Indian history, and it will continue to fascinate the students and scholars forever.