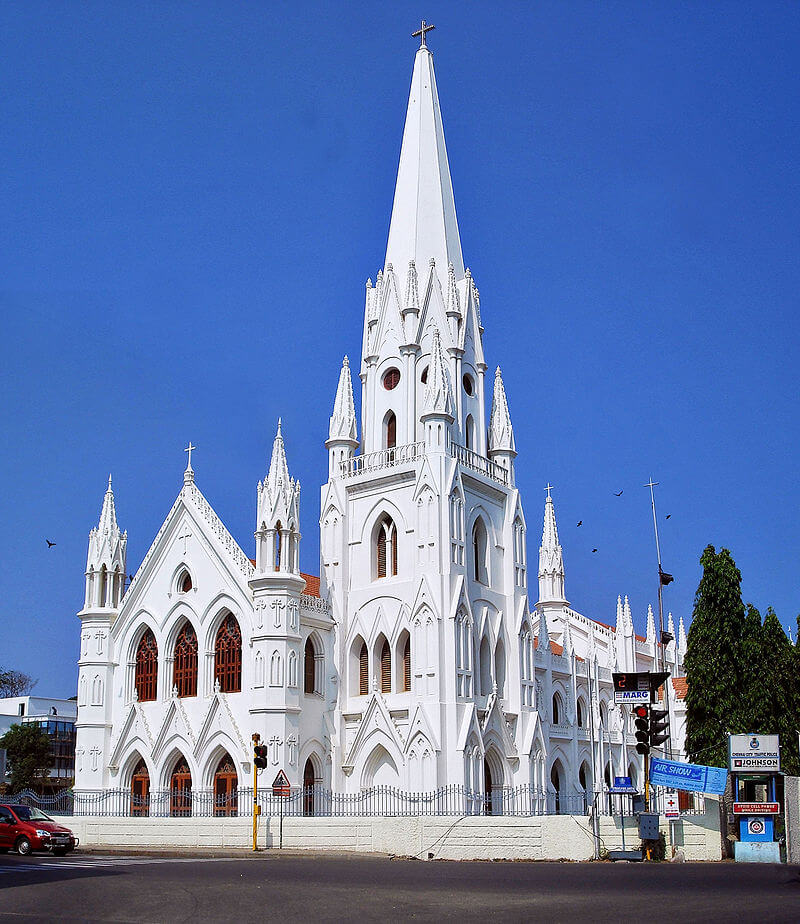 It is said that Christianity was introduced to India in 52 AD and it is India’s third-largest religion. Colonization also resulted in building of churches in different parts of the country. Many of the great cathedrals and churches have expressed gothic style architecture powerfully. These churches still stand beautiful till date historically and architecturally. Here is the list of the most beautiful Gothic styled churches in the country. 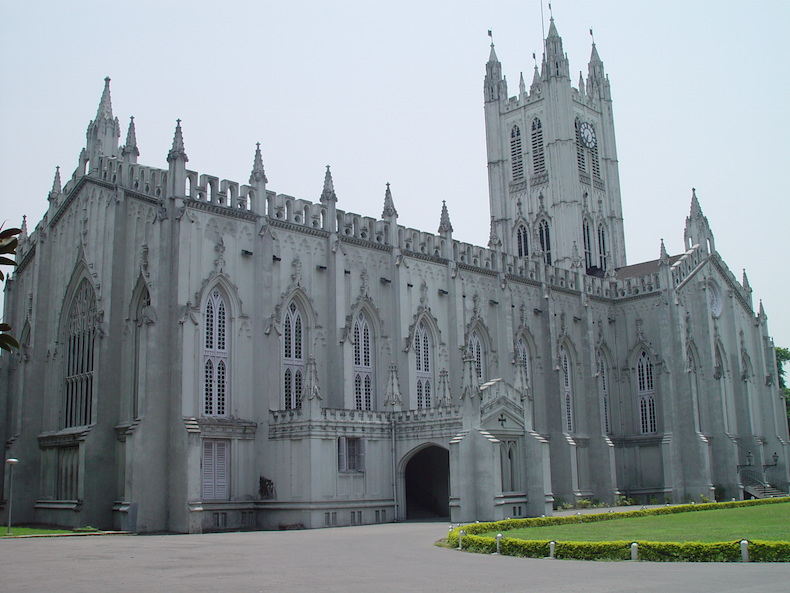 St. Paul’s Cathedral is an Anglican cathedral in Kolkata, best known for its Gothic architecture. The cornerstone was laid in 1839 and the building was completed in 1847. It was also the first cathedral built in the overseas territory of the British Empire. 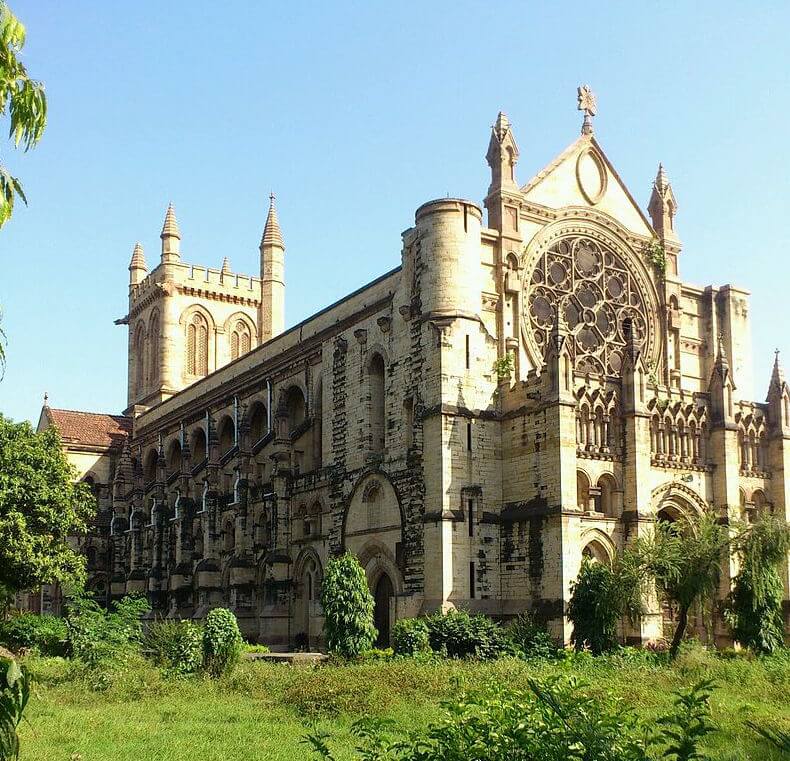 All Saints’ Cathedral, founded in 1871 is an Anglican cathedral located in Allahabad, India. Built by the British during their rule in India, it is among the Gothic Revival buildings in the country. 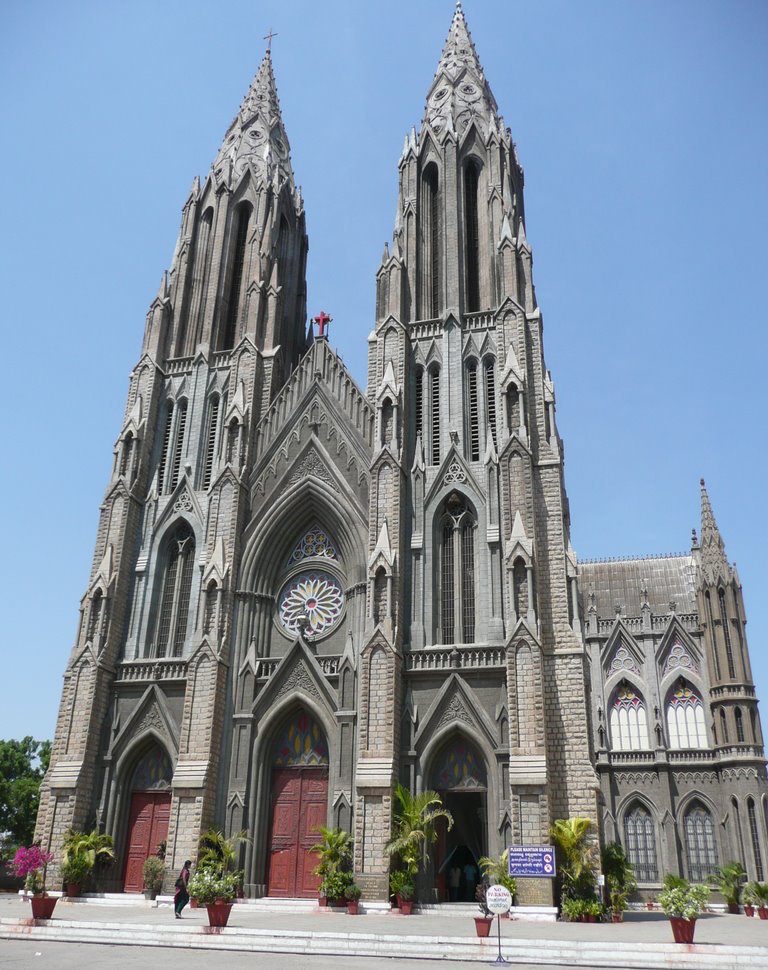 Image Source: panoramio.com
St. Philomena’s Cathedral is a Catholic church in mysore. It was constructed in 1936 using Neo Gothic style and architecture. This is one of the tallest churches in Asia.

4. Our Lady of Dolours Church, Trichur 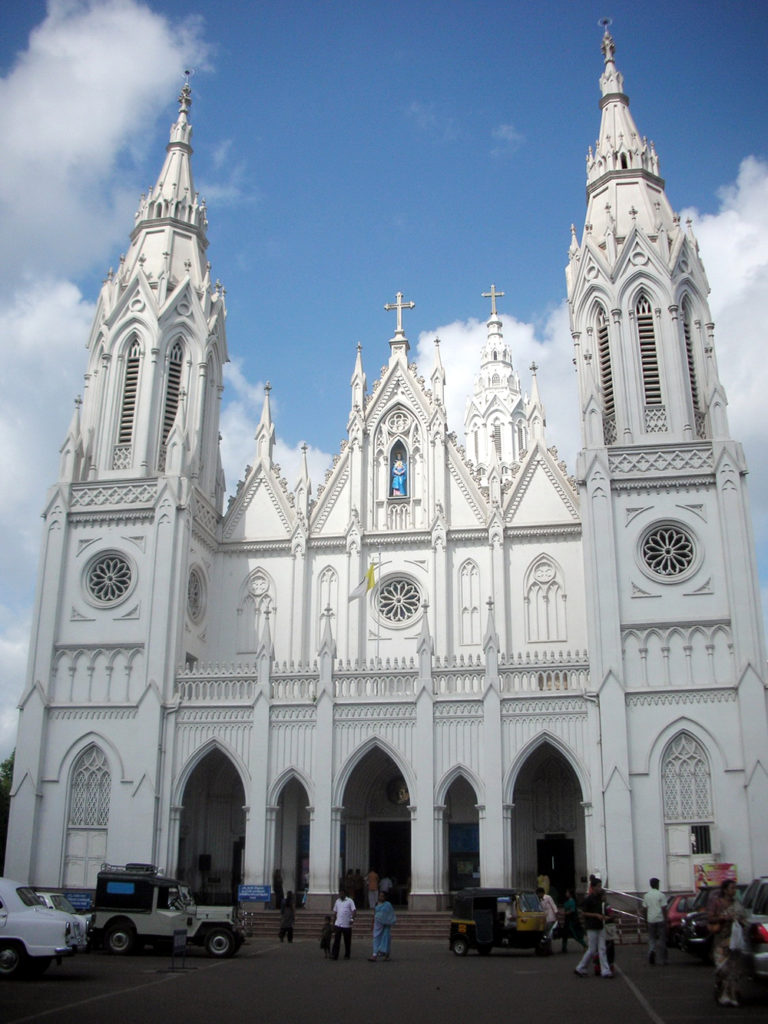 Founded in 1929, it is the third tallest church in Asia, and largest in India. It is famous for its Gothic style architecture.

San Thomas Basilica is a Roman Catholic minor basilica in Chennai. It was built in the 16th century by Portuguese explorers, over the tomb of Saint Thomas, one of the twelve apostles of Jesus.  It was designed in the late 19th century, in Neo-Gothic style, favoured by British architects.

6. Basilica of Our Lady of Good Health, Velankanni 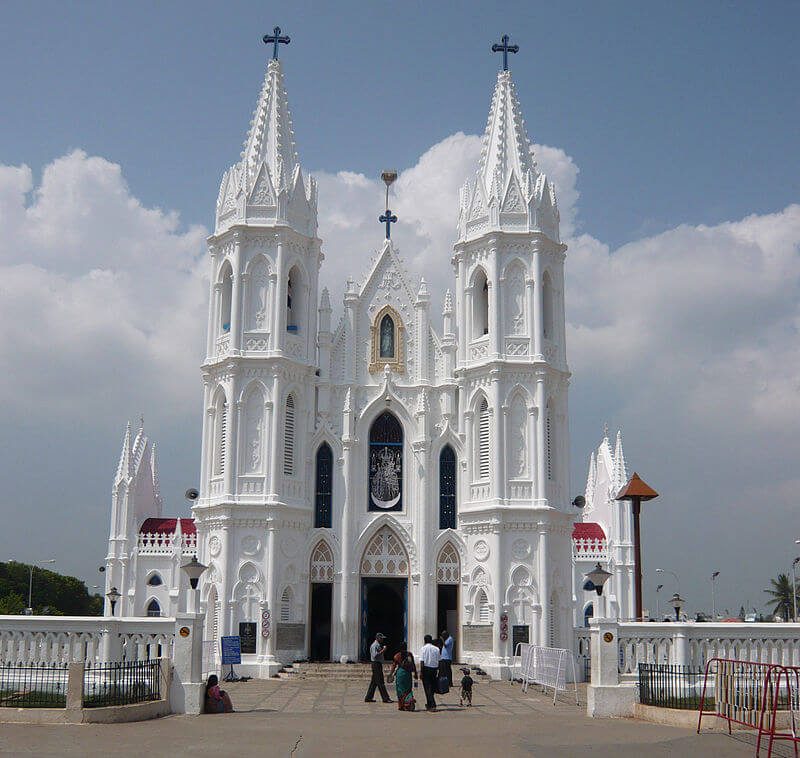 It is built in the Gothic style, was modified by Portuguese and then further expanded later. The church building was raised to the status of basilica in 1962 by Pope John XXIII. 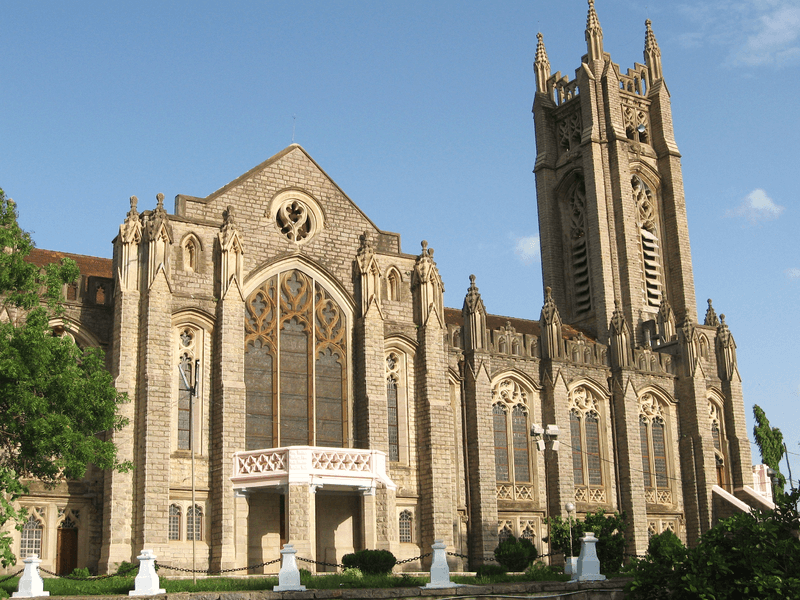 Medak Cathedral is the largest church in Telangana. Originally built by Charles Walker Fasnet British Wesleyan Methodists, it was consecrated on 25 December 1924. It is built in Gothic revival style, and the biggest attraction of the Cathedral is its stained glass windows.

8. Basilica of the Sacred Heart of Jesus, Pondicherry 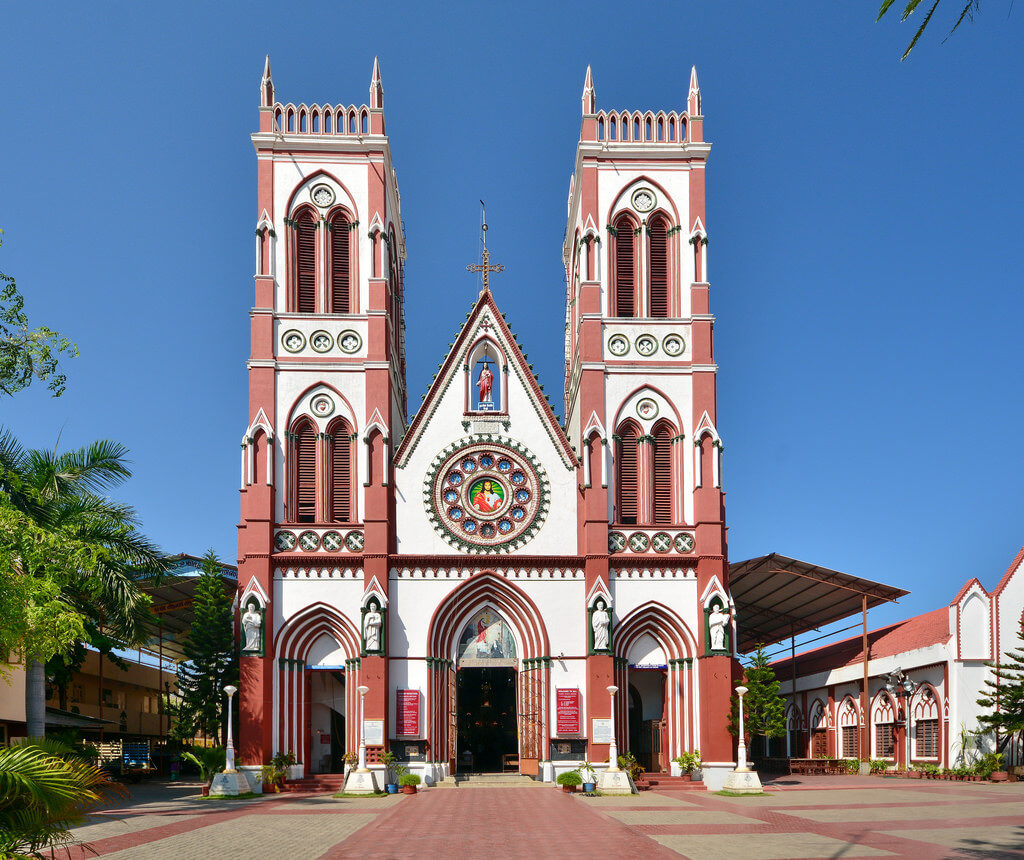 Basilica of the Sacred Heart of Jesus situated on the south boulevard of Pondicherry. It is an oriental specimen of Gothic architecture. The rare stained glass panels depict events from the life of Christ and saints of the Catholic Church.

9. Our Lady Of Ransom Church, Kanyakumari 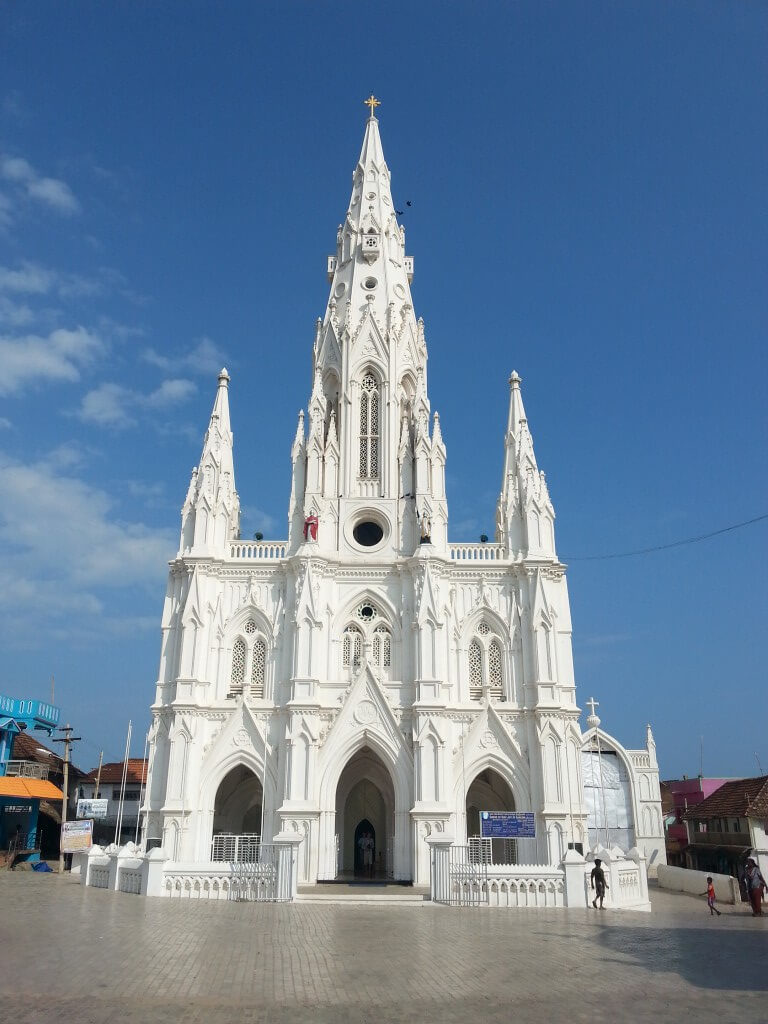 Our Lady of Ransom Church is a Catholic church located in Kanyakumari, In 1900, the church was constructed by the model of ancient Gothic Art and culture. 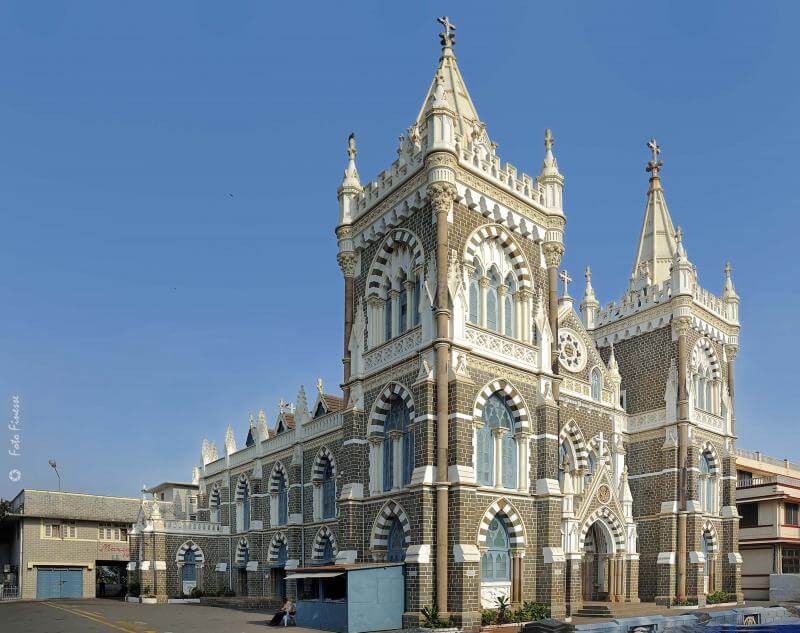 Mount Mary Church, is a Roman Catholic Basilica located in Bandra, Mumbai.
It is built on a beautiful semi – gothic structure. It has beautiful murals and teak wood workmanship inside the basilica. 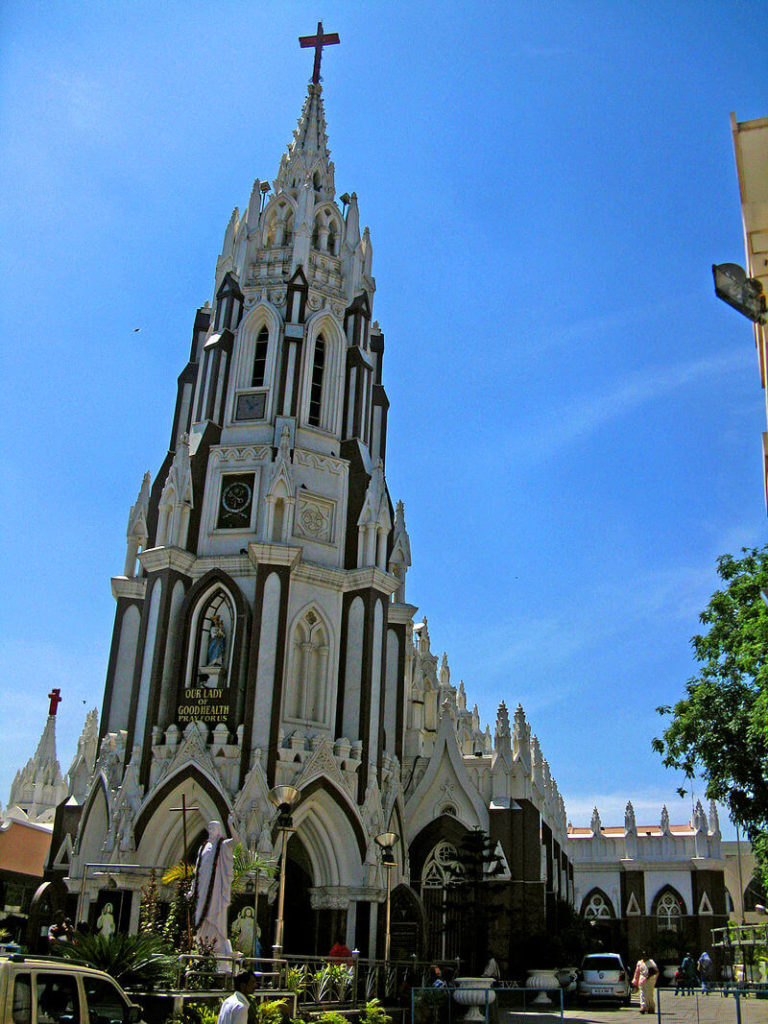 St. Mary’s Basilica is a basilica is among the oldest churches in Bangalore and is the only church in the state that has been elevated to the status of a minor basilica. Build in 1882, the basilica has been built in the Gothic style with arches, stained glass windows and ornamental motifs.

Note: Copyright /credits of the above images belong to the resective owners.