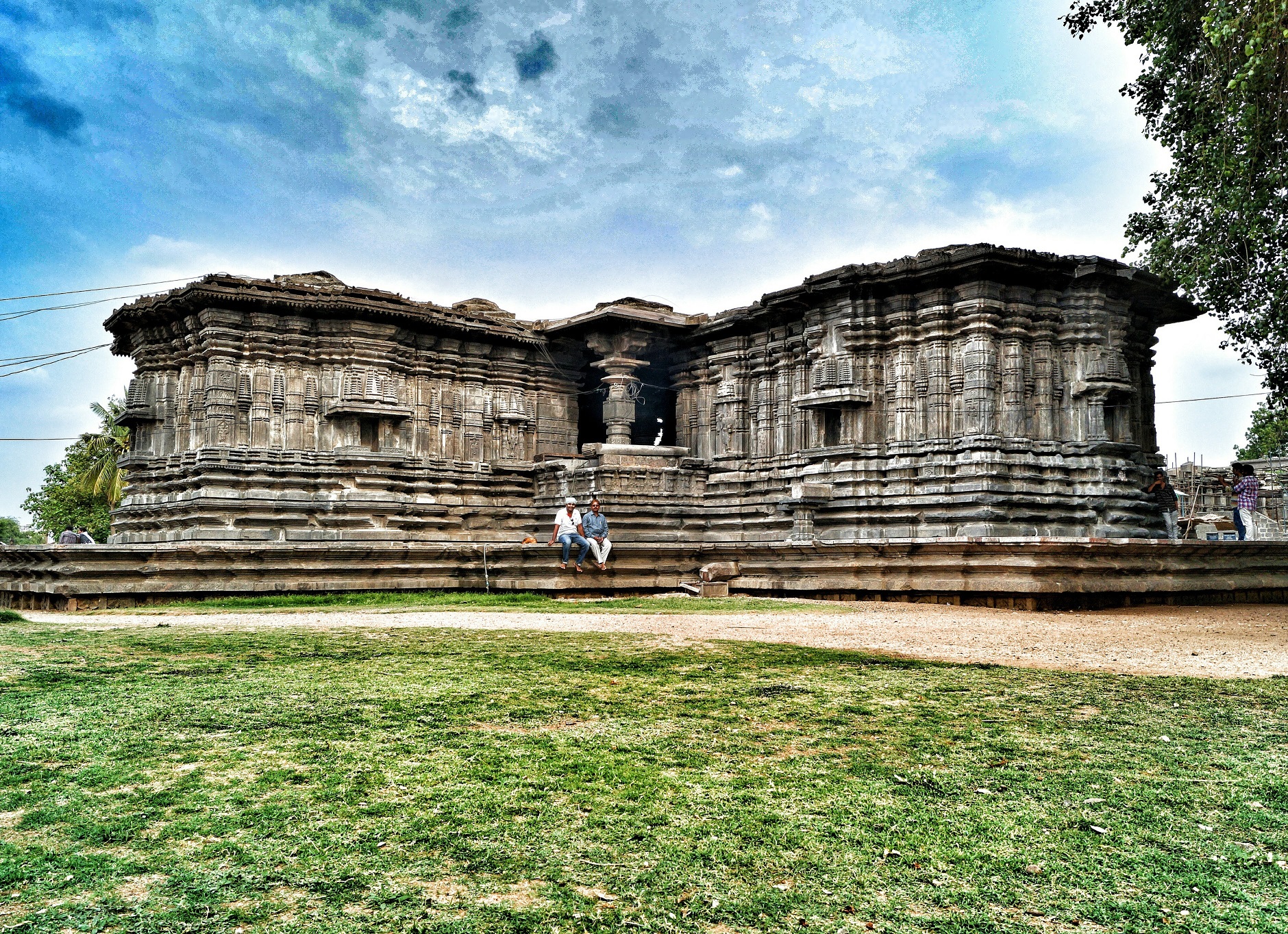 The ‘Thousand Pillar Temple’ in India – just like the name suggests, this temple houses a thousand pillars. Also called, the Rudreshwara Swamy Temple, this temple is located in the town of Hanamakonda in the state of Telangana, India. Constructed by Rudra Deva in 1163 AD this temple is one of the finest examples of Kakatiya architecture and sculpture. The temple houses 3 shrines dedicated to Lord Shiva, Vishnu, and Surya. It took 72 years to construct this temple, no wonder even today it stands out to be an architectural masterpiece. Apart from the thousand pillars, there are many more interesting things attached to this temple, here is a quick look.

#1.  Of Course! The Thousand Pillars

This amazing temple is supported by 1000 richly carved pillars which totally adorn the temple. The pillars are constructed in such a way that none of them obstruct the view of the shrine.

#2. Prominent Shrines Of The Temple

The temple has 3 shrines devoted to Rudradeva (Shiva), Vishnu, and Surya (Sun). One interesting thing about the deities here is that the third deity is not a part of the Trinity of God i.e. Bramha, Vishnu, and Shiva. This is because the Kakatiyas worshipped Lord Shiva and Lord Surya more than Lord Brahma. The fourth side of the temple is Lord Shiva’s vehicle, i.e. Nandi or Bull.

Unlike most of the temples in our country which face east direction, the 1000 pillar temple faces south. This is because the Kakatiyas were dedicated worshipers of Lord Shiva and wanted the first rays of the sun to directly fall on the Shiva Lingam. Hence, Lord Shiva’s shrine faces east and other two shrines face south and west. Furthermore, the Nandi in this temple faces east, unlike most Nandis in Hindu temples which face west.

This temple is one of the standing examples of the expertise of the exemplary craftsmanship during that era. The temple is supported by a thousand richly carved pillars each of which are placed carefully in a way that it stands out of the view of the deities. The shades and the beautiful sculptures decorate each of the ways of the temple and add a splendid magnificence to the structure. The temple stands on a platform of 1 meter, which slopes down towards the Hanumakonda hill.

One of the most interesting aspects of the architecture of the Thousand Pillar temple is that it has a star-shaped architecture.

The huge statue of Nandi is present right at the entrance of the temple. This huge monolith Nandi God statue is made up of black basalt stone polished to perfection.

The temple is surrounded by spans of beautiful green gardens and there are several small Lingams embellishing the garden and the temple.

Right at the entrance of the temple are four magnificent richly carved pillars with an exquisite design that support the Natya Mandapam or the dance floor. It is believed that dancers used to perform in this mandapam. What’s even more interesting about the architectural ability of the Kakatiyas is that when ASI dismantled the Mandapam for reconstruction, they found about 30 feet of sand and 3 wells below it. It’s something that is totally unbelievable.

There are many festivals celebrated at this temple, the most prominent ones are Maha Shivratri, Karthika Pournami, Nagula Chaviti, Kunkuma Puja, Ugadi, Ganesha Festival, Bathukamma festival, and the Bonalu festival. In addition, the Samakka or Saralamma Yatra takes place here every 2 years.

#10. Temple Was Destroyed By Tughlaq Dynasty

Tughlaq dynasty, i.e. a Muslim dynasty of Turkic origin destroyed the Thousand pillar temple during their invasion of South India. It stayed in bad shape for a few years with fallen out columns, broken roofs, and broken statues. In 2004, the temple was renovated by the Government of India.

The thousand pillar temple, with its own inimitable architectural style, is certainly a pride for India and its amazing architecture!

Drop us a word for any query on eco-friendly building materials at wienerbergerindia@gmail.com