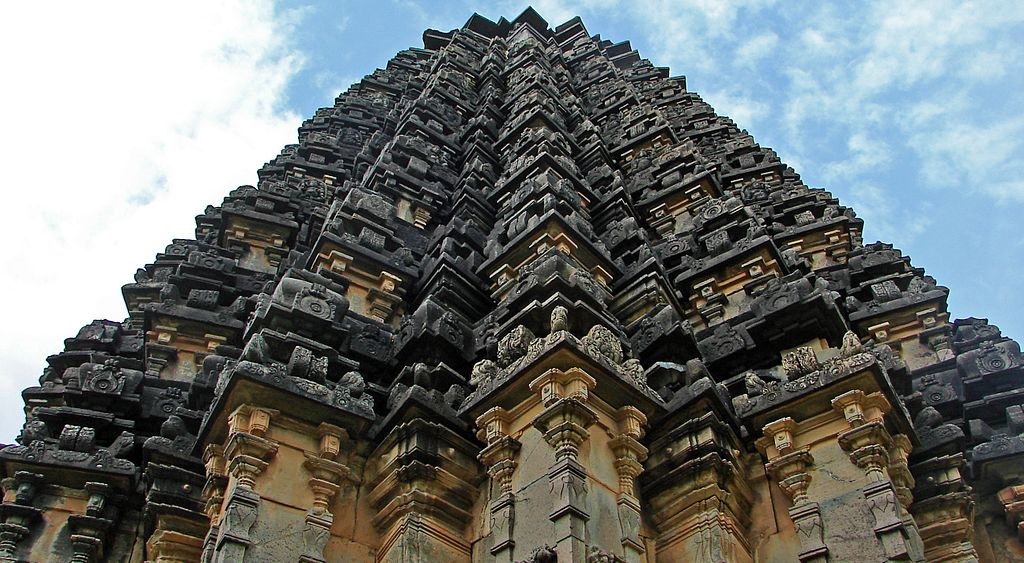 Karnataka is the State that is known for showcasing some of the finest examples of Islamic, Hindu, Jain, and Colonial architecture. The State has been ruled by some of the most powerful empires in the Indian history, from the Cholas, Chalukyas, Hoysalas, to Vijayanagar Empire, and each of them has left their own imprints in the monuments and temples that they built. The magnificent temples and structures that they built thousands of years ago stand tall as majestically as ever till today, reminding generations about the rich architectural heritage of the country. Here’s a brief overview of the seven amazing buildings from the Karnataka architecture which stand out due to their architectural brilliance.

The Kadambas of Banavasi were the royal dynasty of Karnataka from 345- 525 CE, and they offered a significant contribution to the architectural heritage of the State. The most prominent buildings that they made were Kadamba Shikara, with Shikara or dome being the basic feature of their architecture. The Shikara is shaped like a pyramid and rises in steps without any added decorations. There is a kalasha or stupika at the top, and occasionally these pyramids were adorned with perforated screen windows. You can see similar structures in Mahakuta temples of Hampi as well.

Panchakuta Basadi, also known as Jain Basadi, is of the most beautiful monuments in the State of Karnataka. It is a wonderful mix of Vesara, Nagara, and Dravidian style of architecture built in the period between 900 and 1000 CE. The temple has five shrines in total, and hence, the name Panchakuta. Three shrines (trikuta) are linked to a mantapa using a vestibule. There are two other shines that are not connected, and they lie to the north of the trikuta.

An interesting style of architecture in the form of Cave Temples emerged in Karnataka during the 6th century CE, under the Chalukya Empire. Badami, the capital city of Chalukyas, has four cave temples carved from the cliff sides: one Jain and three Hindu temples. It has architectural elements like decorative brackets and pillars, finely carved sculpture, and opulently decorated ceiling panels. The entrance to the temples is a simple verandah with brackets and stone columns. The verandah leads to a columned mandap and then to the sanctum sanctorum made deep within the cave.

According to the records of the Archeological Survey of India, the temple was made around 740 CE in the Vesara style. When the construction of the temple started, it was in Nagara style, but later on, it changed to a Dravidian style. The architectural plan of the temple has a sanctum sanctorum (garbhagriha), which is surrounded by a pradakshinapatha (circumambulatory path). There are pavilions made on all three walls, along with an entrance porch known as mukhamandapa. An important feature of this temple is the arched shikara that enshrines Nataraja on the front.

Sudi is known for the rare stone-carved buildings like twin-towered temples with extensive stone carvings. During 1000 CE, Sudi was one of the major towns of the Kalyani Chalukyas. Besides, these monuments, there is also a tower, known as Hude in the native language, located right at the center of the village. Several stone temples were built here in 1100 CE by Maha Samanthadhipati Naga Deva. The uniqueness of architectural features showcased in here have made the monuments capture the attention of Karnataka State Archaeological Department, and further studies are underway for these sites.

Somanathapura is known for the Chennakesava Temple, also known as the Kesava Temple, made by Soma. Soma is known to have been a highly revered commander under Narasimha III, the Hoysala king. The Chennakesava Temple is the one you should study if you want to know about the Hoysala architecture. The temple, which was made when Hoysalas were at the height of their power, is well-preserved till today. The best thing about the architecture of Somnathpura is that the temples are laid out in perfect symmetry, and the stone carvings are intricate and detailed.

Gol Gumbaz is one of the best examples of Indo-Islamic architectural style in Karnataka. It is the tomb of Mohammed Adil Shah of the Adil Shahi dynasty. The structure is made of decorated plaster and grey basalt. It has a huge square chamber of fifty meters on each side, which is covered by a massive dome of 37.9 meters. It is the second largest pre-modern dome in the world. The building is supported by octagonal domed corner towers, instead of pillars as it is usually seen.

This list isn’t an all-inclusive one, Karnataka architecture has many more such structures which display the best of architectural variations and brilliance in this state.