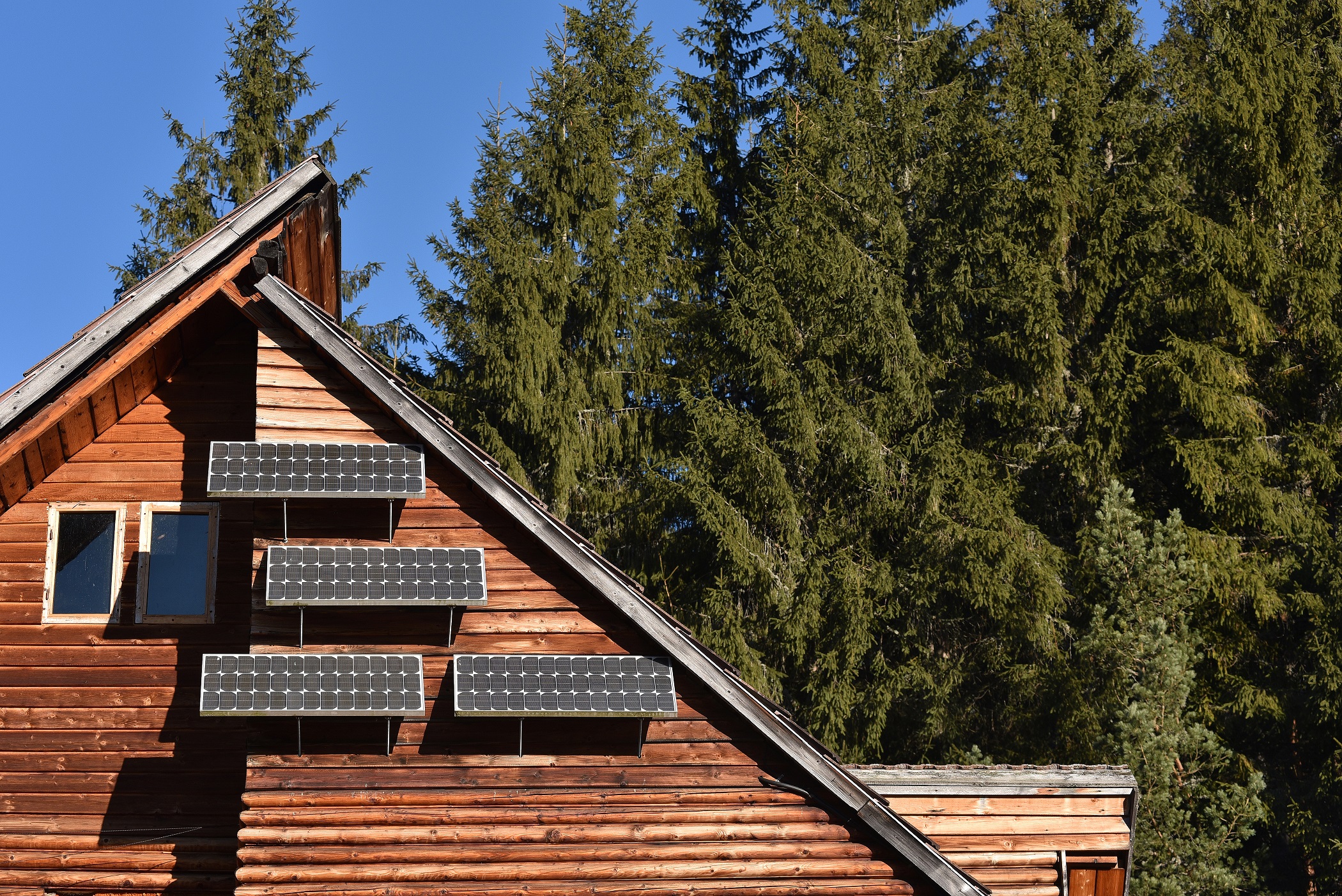 Bridge to India, a leading renewable energy consultancy firm says, India’s utility solar capacity in FY 2017-18 grew by 72 percent over the previous year. Our country has achieved 9.1GW of utility solar installations against 5.5GW in 2016-17. Total solar installation stood at 10.4GW, rest comprising off-grid solutions and rooftop solar plants, taking the country’s cumulative solar capacity to 24.4GW. Out of all the other energy sources that include both renewable and conventional energies, Solar capacity addition in 2017-18 was the highest, the report notes (Source).

But, despite the overwhelming growth people are still confused about solar energy facts and many myths still remain. Here are the top 12 solar power facts that will refute your myths and misconceptions about solar.

Read These Solar Energy Facts To Refute Your Myths

Let’s clear up few myths about solar and explain the misconceptions which are quite commonly thrown around. 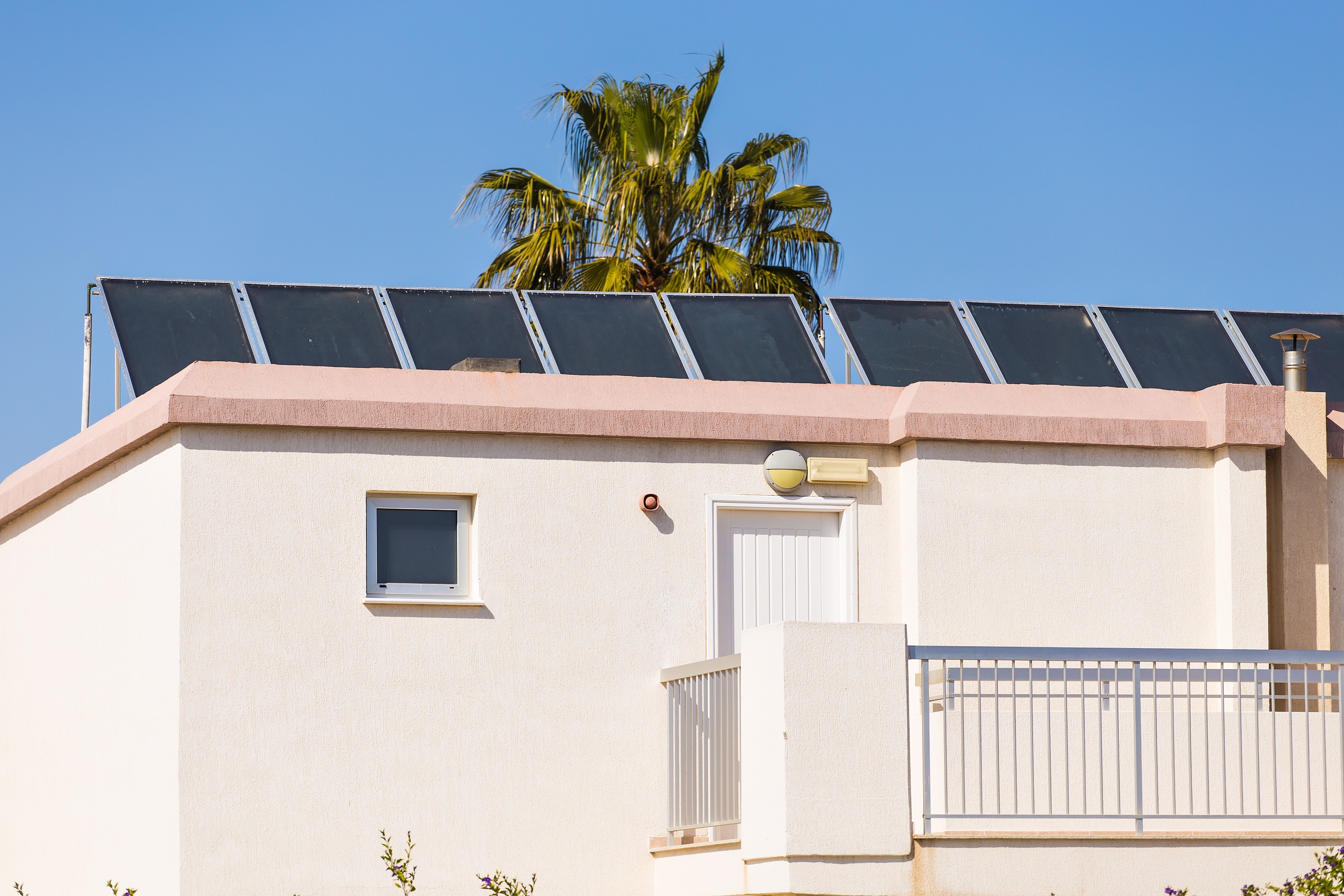 Well, the effectiveness of solar panels is dependent on or influenced by the temperature of a particular region. So, whether you stay in a warm or cold climate, you still get enough sunlight to make the solar panels work. One perfect example, Germany is one of the leading users of solar energy, but this country has a low average temperature and sunlight levels.

2. Solar Is Expensive And Not Cost Effective

Over time, the price of solar power systems has dropped considerably, today it’s much more affordable than ever. There is an upfront cost involved, but it would somewhere similar to the cost of your high-end smart TV. Considering the ongoing savings and free electricity bills you will be financially ahead in only a short period. And yes, don’t forget the rising electricity costs, this trend isn’t going to fade anytime sooner.

Solar power systems can last for a very long time and these are typically protected with a warranty. Cleaning a solar panel takes very little maintenance and time and can be done without the help of a professional inspector. Just like most electric systems, your solar panels too are very easy to maintain. All that is needed is that the dust, debris or snow that collect over it needs to be cleaned off with water. And yes, these panels are pretty sturdy and hard, designed to withstand hail, sleet, and snow, so all you have to do is give them a gentle scrub with a sponge and water once or twice a year.

With grid-connect solar power, you are still connected to the electricity grid and use this system to power your home. The electricity produced from the solar panel’s powers your home first, this means you aren’t using the electricity from the power companies. In addition to this, the extra energy produced by your panels goes back into the grid, basically winding back your meter! 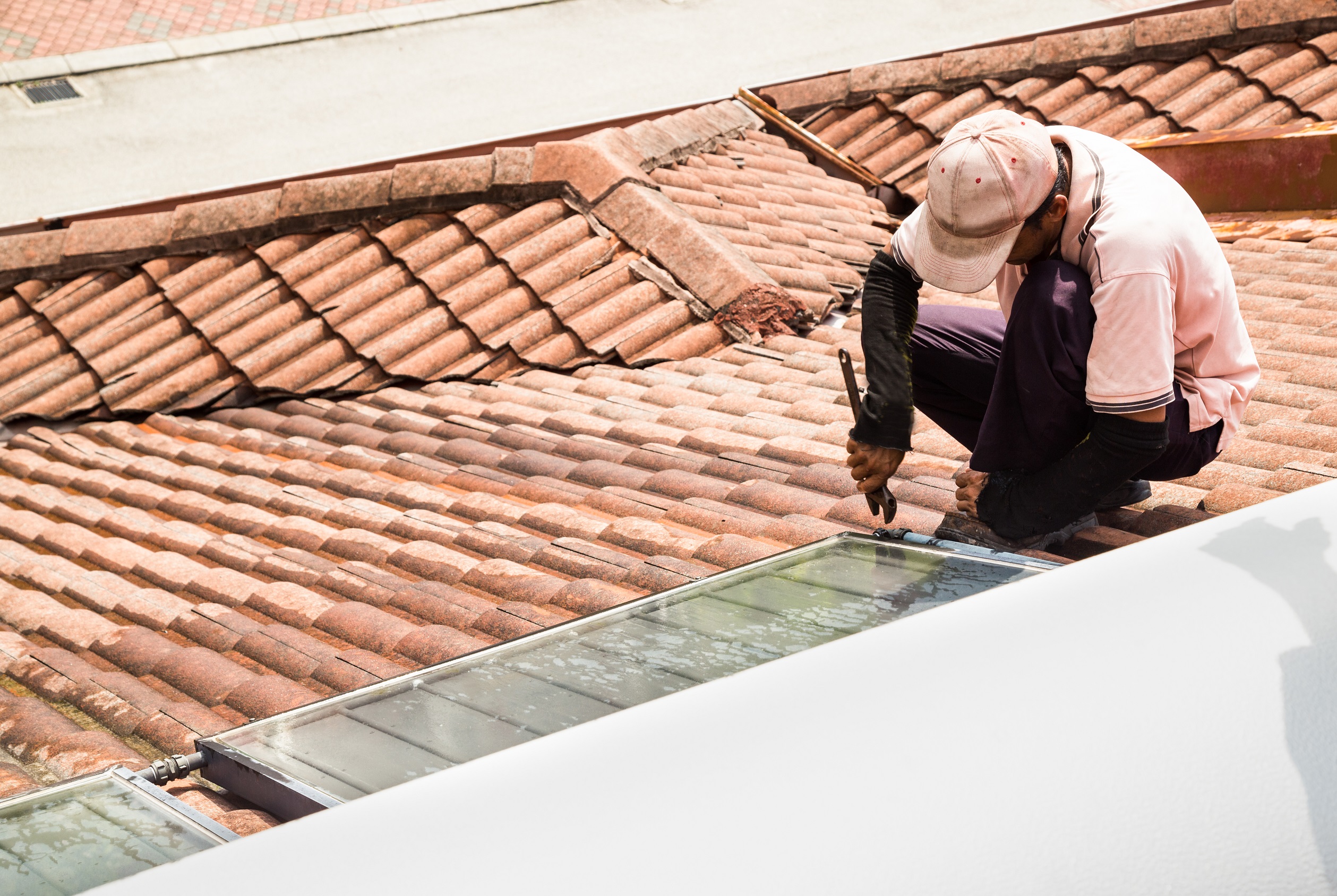 5. Solar Panels Can Cause Roof Damage

6. Excess Energy Is Stored In Batteries.

Majority of the home solar power systems do not store energy in the batteries. Instead, these are connected to the power grid via net metering, hence, the surplus energy the solar panels generate gets adds up to the electrical grid, this earns the homeowner’s credits from the grid. However, it is possible to add a battery to the solar installation, by doing this the cost of materials, installation, and maintenance will rise.

In the end, the aesthetic appeal of solar panels on a residential roof is quite subjective. But, with the ever-growing popularity, today professionals can install solar panels in many different positions and locations to reduce the overall visual impact. Plus, remember that any solar panel, irrespective of how and look, can raise the overall value of your home. 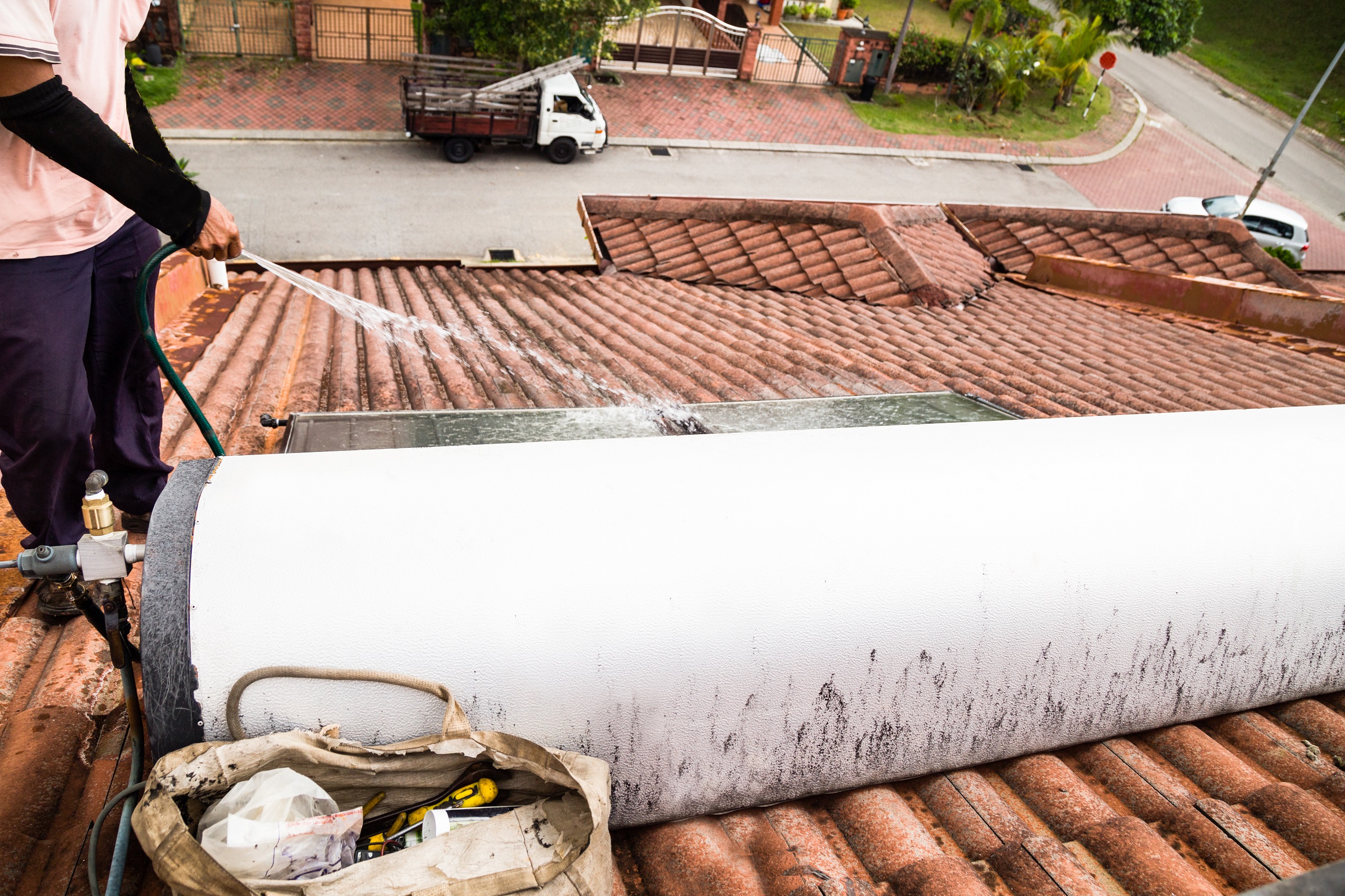 Solar panels are fixed elements having no moving parts, hence these are virtually silent. So, you really don’t have to worry much about loud sound which could disturb your peace. The only noise that you could occasionally hear would be from the inverter which could make a humming noise, but these days most of the modern inverters are too quiet, and all that humming stops at night when there is no solar energy to convert.

9. Solar Panels Demand A Tracking System To Monitor The Sun

While installation, panels are positioned in a way that it grabs maximum sun exposure, this means no tracking systems are needed. Some newer systems have additional components added to change the panel’s positioning throughout the day as the sun moves. But, these additional expenses aren’t worth the limited efficiency gains. Instead, it is advised to have one or two more panels installed, as an alternative to a tracking system.

10. Manufacturing Solar Panels Itself Is An Environmentally Unfriendly Process

There are many talks around this, one of the major oppositions around solar energy is due to the falsehood that manufacturing solar panels is an environmentally unfriendly process. One has even unjustly stated that the manufacturing process of solar panels uses more energy than the solar panel itself generates in its overall lifetime. But, a study by the National Renewable Energy Laboratory exposed this myth, it found that the overall payback period in terms of energy consumption versus production for solar panels is less than 4 years. Well, this means that in just 4 years, a solar panel generates enough energy to compensate for the amount of energy it took to produce it.

Considering the pollution factor during the manufacturing process, a solar panel can reduce a significant amount of carbon dioxide which would otherwise be produced by homes using conventional energy.

11. Solar Power Technology Will Get More Efficient – So Wait For That Upgradation

There are many companies working to improve the efficiency of the solar panels. But, the current technology is quite well established, in fact, we have been using the same solar technology, more or less, since the 1960s. The possible efficiency gains of the future panels are quite small as compared to the panels ready for installation today. Also, when the efficiency gains are measured in total rupees saved on your energy bills – this investment looks quite miniscule.

12. Solar Panels Harm The Environment When Thrown Away

In point of fact, most of the panel manufacturers recycle the panels after the 25-year lifespan is over. In cases where they don’t, it is advised not to buy them. But, it’s hard to say whether people will really recycle them because most panels are still being used today. So, find out about the manufacturer’s panel recycling program. From what we understand, they will come to you and take them at no charge.

Solar has numerous benefits, and now since we addressed all your apprehensions don’t get fooled any further. If you think solar is right for you, research well before investing. Here is how to choose the right solar panels for your home.

Pass this knowledge on solar energy facts to someone you know and someone you think is need of such information so that they don’t get fooled too.