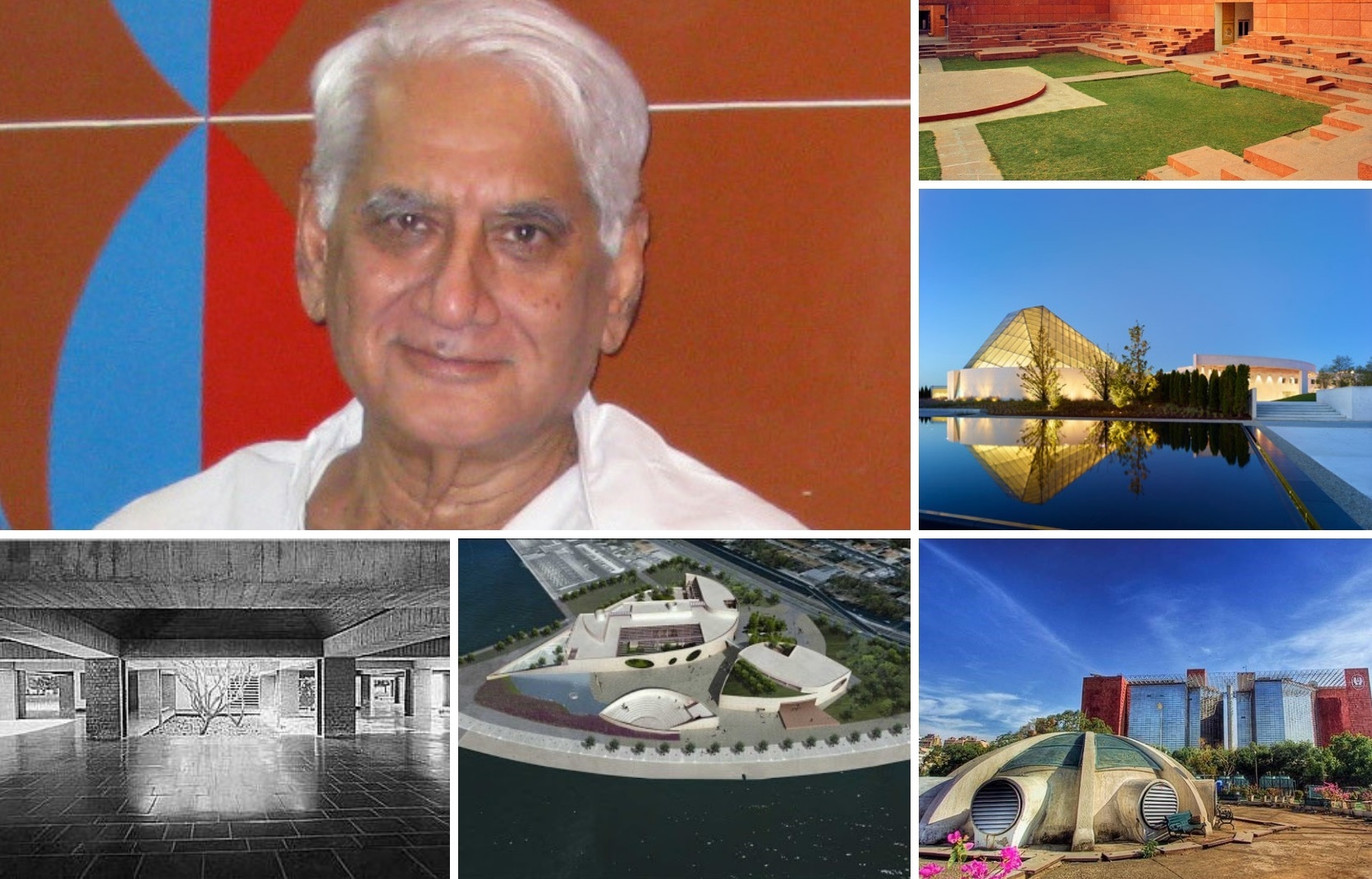 The late Charles Correa was India’s Master Architect, Urban Planner, and Activist. Credited for crafting the language for modern Indian architecture, by combining climate-sensitive building technologies and traditional approaches and materials in building construction. In 1984, he received a Royal Gold Medal for Architecture by the Royal Institute of British Architects, in addition to this, he was also awarded the Padma Shri in 1972, the Padma Vibhushan (second highest civilian honour) in 2006 by the Government of India. Correa was a chief figure in modern architecture across the world. With his astonishing and inspiring designs, he truly played a critical role in the creation of an architecture for post-Independence India.

Charles Correa had a prolific career, during his lifetime, he designed nearly 100 buildings in India alone, but whether it was luxury condos or low-income housing, he maintained a universal approach which respected the local conditions, met the everyday needs of its residents and accredited the spiritual nature and beauty of the country. Correa was named ‘India’s greatest architect’ by the Royal Institute of British Architects (RIBA) in 1984, and it’s not tough to see why. Here are 6 of his most amazing creations. 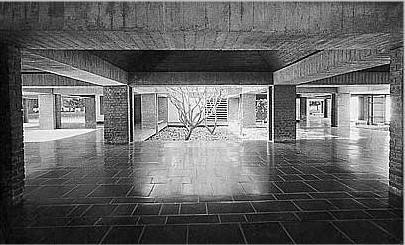 This memorial museum is located in the Sabramati Ashram, on the banks of river Sabramati, it is where the Mahatma lived from 1917 to 1930. This structure is one of the finest creations of Correa. It is a perfect mix of open and closed spaces and goes so well in sync with nature, that it would breath new life into anyone who visits it. The museum, Correa’s first important commission in private practice, comprised originally of 51 modular units, each 6 x 6 metres, surrounding a water court. The modular straightforwardness of the structure is sustained in the use of basic materials: brick walls, wooden doors, stone floors, and louvered windows devoid of glass, and riled roofs. The complex was inaugurated by Jawaharlal Nehru in 1963. 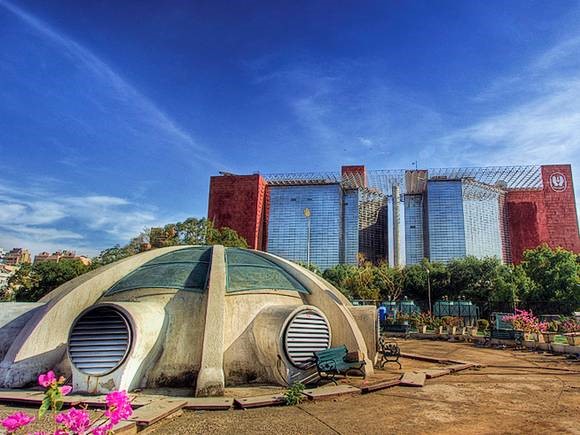 Jeevan Bharti’s Connaught Circus building is a familiar landmark for many, but in architecture, it strongly exhibits how modern architecture can stand out within colonial surrounding without being gauche. A complex built with stone, glass, and metal, this structure means different things to different people. Amid the longstanding buildings of Connaught Place (CP), this structure extends out like a paean to the need of modern times and gives a clue of the new-century skyline. 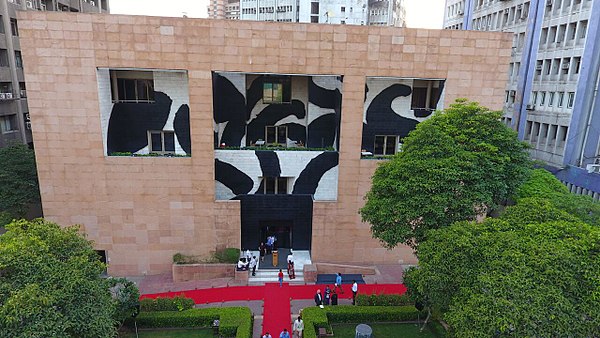 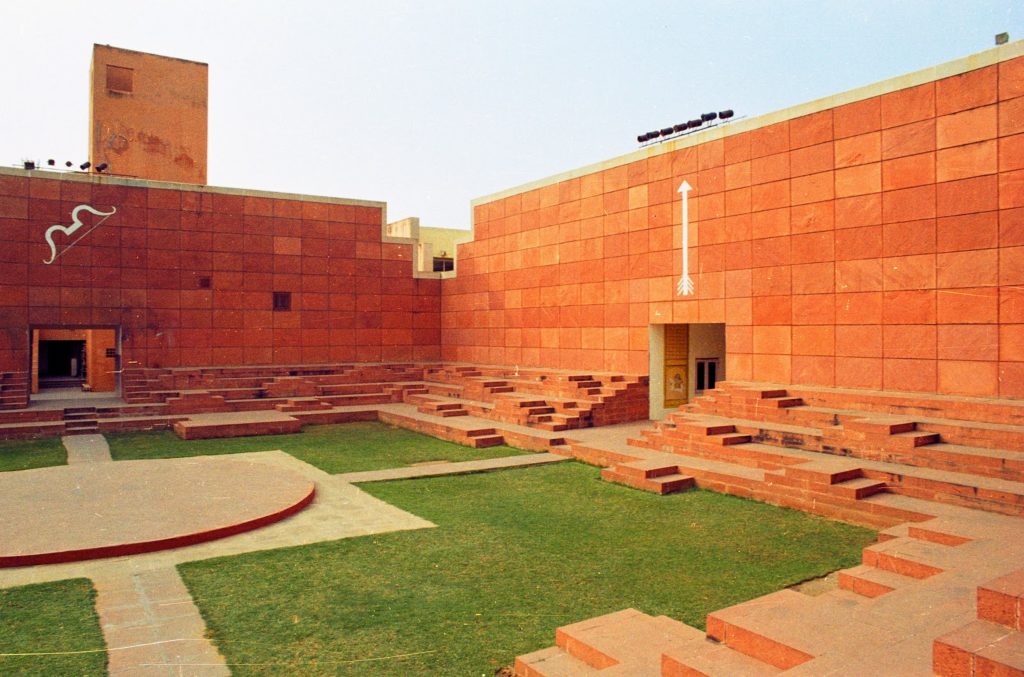 A multi-arts centre located in the pink city of India, Jaipur. This structure was built by the government of Rajasthan with the aim to preserve the Rajasthani arts and crafts. The centre is divided into 8 blocks housing museums, 1 amphitheatre and the other closed auditorium, library, arts display rooms, cafeteria, small hostel and art-studio. The plan for JKK was completed by Correa in 1986 and by 1991 the building was ready. The plan of this structure was inspired by the original plan of the city Jaipur, comprising of 9 squares with central square left open. The JKK adapts and applies concepts and ideas from Vastu Vidya (i.e. ancient architectural principles).

Located in the Belém district of Lisbon, where the Tagus River flows into the Atlantic Ocean the Chamaplimaud Centre is one of the finest creations of Correa. This medical research centre by Correa Associates has a curved stone form with circular cut-aways. The Centre comprises two buildings, the first containing research laboratories, and treatment rooms, and the second housing an auditorium and exhibition area. After completing this project Correa said, “What makes me most proud about this project is that it is NOT a Museum of Modern Art. On the contrary, it uses the highest levels of contemporary science and medicine to help people grappling with real problems; cancer, brain damage and going blind. And to house these cutting-edge activities, we tried to create a piece of architecture. Architecture as Sculpture. Architecture as Beauty. Beauty as therapy.” 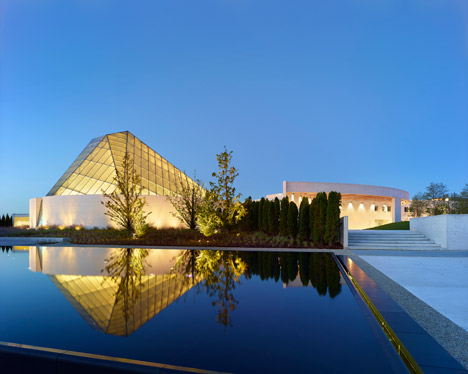 The Ismaili Centre, Toronto is the 6th such Ismaili Centre across the globe. Located in a park which shares with the Aga Khan Museum next to the Don Valley Parkway in North York, Toronto, Ontario, Canada. The centre is a complex of mixed spaces for contemplative, educational, cultural, and recreational purposes. Correa’s vision of designing this structure aimed at creating a building which responds to the traditions of Islamic architecture in a modern design using modern materials. With a crystalline frosted glass dome and elegant steel trusses, the prayer hall turns out to be one of the most striking features of this structure. This project was selected as the winner of an Ontario Association of Architects Design Excellence Award.

That’s a lot of amazing work, isn’t it? We lost our Master Architect in 2015, he was an extremely important architect, globally and for India. What made him exceptional was that rare capacity of turning intangible things into physical form. His work was always aesthetically, sociologically, and culturally perfect.

Think about giving something as intangible as ‘culture’ or ‘society’ a physical form – Only Charles Correa Could Do It.