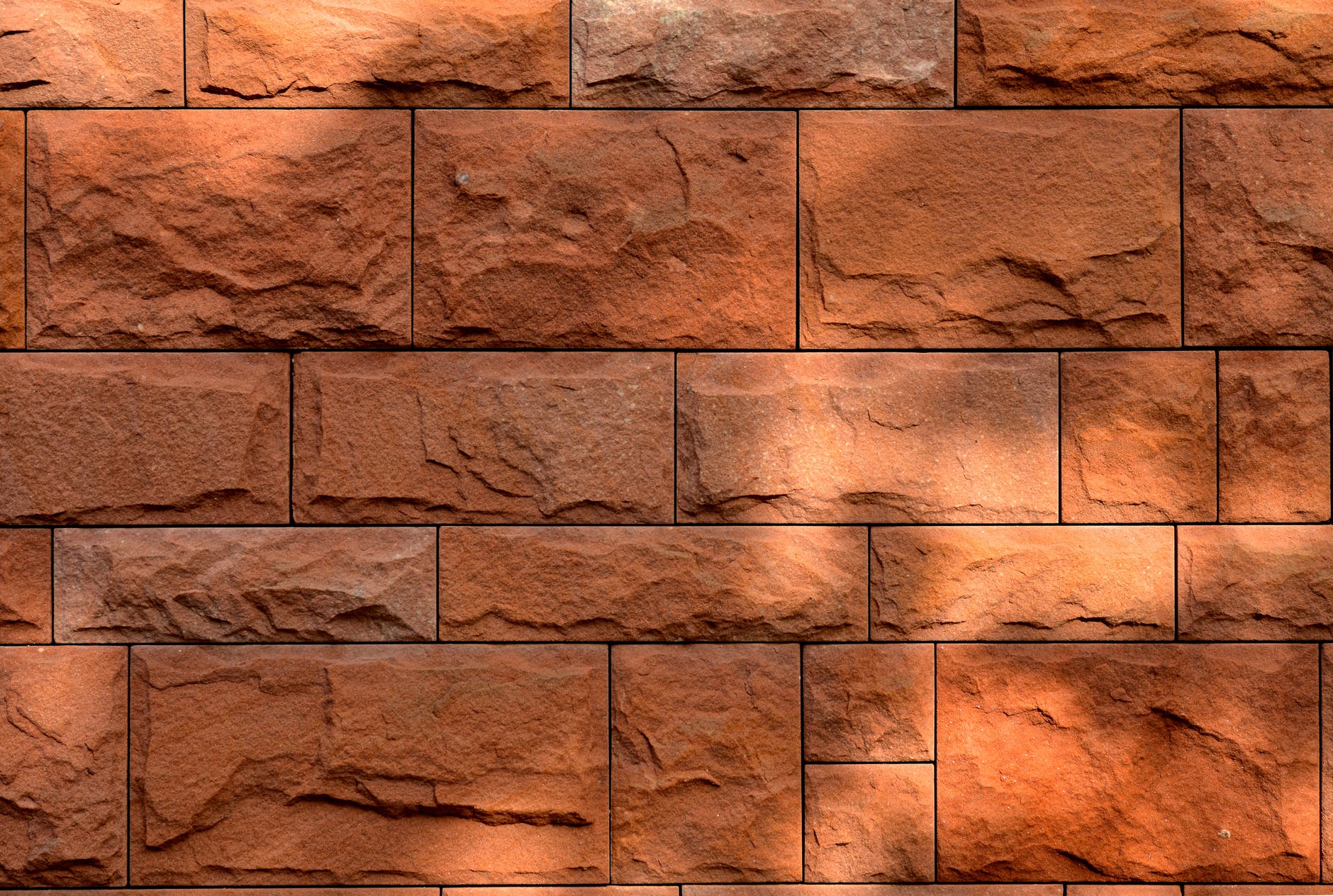 So, what are Brick Bonds? In simplest terms, a brick bond is a pattern in which the bricks are laid. Brick bonds don’t only apply to the walls but also for brick paving for paths and patios and also for concrete blocks and other kinds of masonry construction. Brick Bonds play a huge role in maximizing the strength & durability of the structure, bring in uniformity to the structure and composition, and enhance the visual appeal. There are many types of brick bonds and each one has its own unique look, challenges of installation, and structural considerations in the case of walls, this blog discusses the most popular ones.

Brick Bonds & How Do They Work?

Brick masonry is made with bricks bonded together with the help of mortar. Sometimes, mud mortar can be used to construct temporary sheds but for permanent structures mortar made of cement or lime are used.

Most of the brick bonds demand the same size or at least compatible sizes bricks or other masonry units. Uniform size bricks or masonry units create even, repeatable designs which can be applied over any area size. There are many bond patterns which include some method of interlocking each row of brick to the neighbouring courses. If bricks are stacked up in single-file columns, the stacks can effortlessly topple down. But if they are stacked in a way that joints are staggered, or are offset, amid neighbouring courses, the bricks are basically interlaced together. Basically, bonds are essential to add strength to the construction and make a mortared wall even stronger.

Read: Seen Many Building Bricks In your lifetime? Now It’s Time to Take A Closer Look At Them

Brick walls can be structural, like load-bearing walls, or they can also be primarily decorative, like a brick-veneer wall. Structural walls demand solid structural bonds, while decorative walls can use any bond pattern. Let’s take a look at some of the most traditional and popular brick bonds used for walls:

One of the most common brick bonds, also popularly called running bonds. This bond is very easy to lay, in fact, is one of the simplest ones used today. Stretcher bond is suitable when walls of half brick thickness need to be constructed. Different types of wall construction done using this kind of bond are:

Stretcher bonds are not very suitable for stand-alone structural walls, but very useful for construction of walls with less thickness. Note, this bond will fail if the thickness of the walls is more than half of the total length of the brick used.

A header is the shorter face of the brick. In header bond brick masonry all bricks are constructed in the header course. In this bond, the overlap is performed corresponding to a half width of the bricks. The three-quarter brickbats are utilized in alternative courses as quoins. This bond is mainly used for the construction of one brick thick walls.

One of the most commonly utilized variations of brick bonds in masonry works. This bond essentially comprises of alternating courses of headers and stretchers. Headers are laid centred over the stretchers in the course below and each alternate row is vertically aligned. To break the continuousness of vertical joints, a quoin closer is used at the start and end of a wall after the first header. A quoin close is a brick that is cut lengthwise into 2 halves and used in the corners in brick walls. This type of bond is mainly used to construct strong one brick thickness walls.

For this type of bond, each course is made up of alternate headers and stretchers. Each header is centered on a stretcher above and below and every alternate course begins with a header in the corner. For breaking the vertical joints in the successive courses, quoin closers are introduced in alternate courses next to the header. This bond can be significantly sub-divided into two diverse types:

Walls with Flemish Bond are complex to erect and demand greater skills.

In a stack bond, all the bricks are plainly loaded on top of each other and held with mortar where all bonds are perfectly aligned. Because of its weak masonry structure and less strength, Stack bonds are perfect for decorative purposes. This bond is a non-structural bond, hence not suitable for walls which require to transfer loads.

A modified form of the English cross bond which consists of alternate courses of headers and stretchers. In this arrangement of the brick bond, every single stretching course begins at a quoin with a 3-quarter bat. Every alternate stretching course has a header set next to the 3-quarter bat brick provided at the quoin. This bond is perfect to construct strong corners along the wall which are subjected to excess loads.

This bond is very similar to the English Bond, but this one has courses of headers inserted in every five or six courses. Header courses are centered with the previous header course. This header bond basically acts as a tie brick between the fronting and the backing. To achieve the sufficient offset in a standard common bond, queen closers are inserted at both ends of the header courses. The common bond is normally used in exterior load-bearing walls.

This bond is primarily adopted for thick walls, where the facing and backing are chosen to be constructed with bricks of diverse thickness. Typically, this bond consists of heading and stretching courses arranged in a manner that one heading course comes after quite a lot of stretching courses. The load distribution of walls using this bond is not uniform because of the difference between the facing and the total number of joints in the backing. This can also lead to unequal settlement of the 2 thickness of the wall.

Best suited for walls of two to four brick thickness. This bond is normally introduced at every 5th or 7th course along the height of the wall. Bricks in this bond are placed end to end in such a manner that extreme corners of the sequence remain in contact with the stretchers.

In this bond, bricks are laid on edge or placed in a vertical position instead of the conventional horizontal position. This creates a cavity (hollow space) within the wall. This feature helps in keeping enhanced thermal comfort and keep the interiors cooler than the outside and vice versa. This type of walls consumes a smaller number of materials due to the internal cavity. The Rat Trap Bond looks very similar to the Flemish Bond in appearance. Skilled labor and extra care are needed to design this bond. 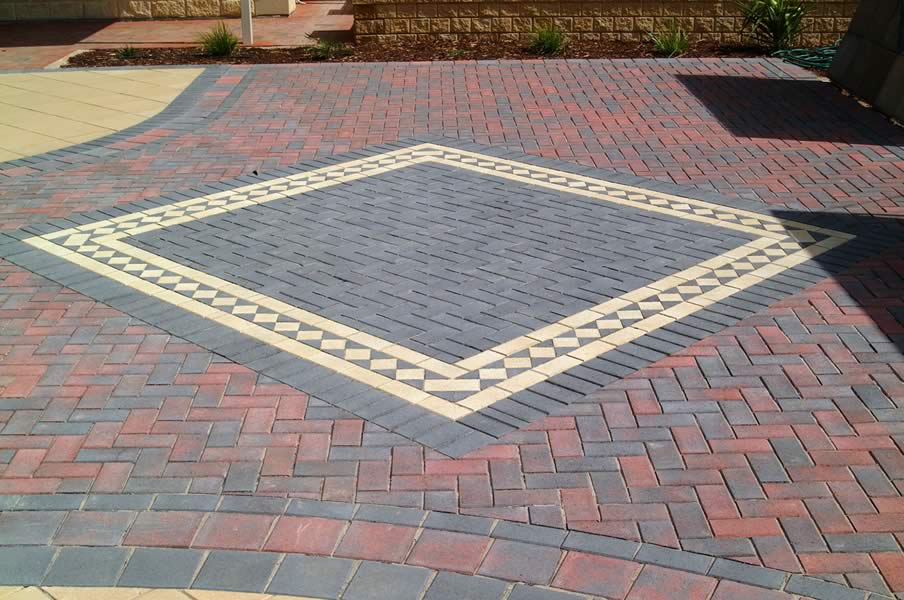 As already mentioned above, brick bonds aren’t only for the walls. Yes, they are also used for paving’s. Walls need to support itself and sometimes loads from above, in contradict brick paving are entirely supported by the underlying surface. Few of the most common paving brick bonds are:

Brick bonds for paving’s can be more decorative and flexible in design.

Good brick bonds ensure the strength of a building and aesthetic beauty of brick walls and structures. Basically, the entire brickworks depend on the quality of bonds, hence keep in mind a “Bond” in Brickwork is of extreme importance.