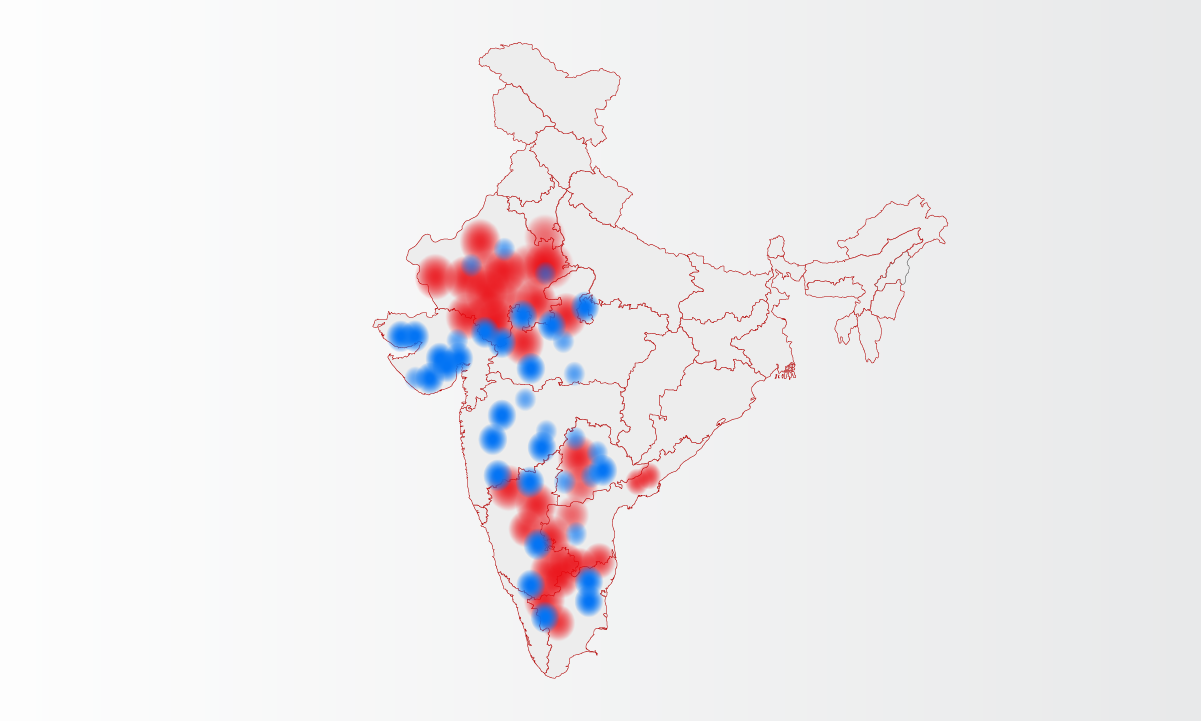 According to a recent report by the World Resources Institute, India is one of the 17 countries facing extremely high-water stress. Groundwater has been declining at an alarming rate in India, which is expected to surpass China as the world’s most populous country in less than a decade. More than a third of India’s population lives in water-stressed areas and this number is set to grow due to depleting groundwater and rising urbanization.

Indian cities running out of water in the near future have been on the newscast for quite some time now. We all know that many cities in our country are set to run out of water shortly – this is not just a news item, it is an alarm of the emerging crisis of urban water shortages. It is estimated that by 2050, half of India’s population will be living in urban areas and will face acute water problems. At present, 163 million people do not have access to safe drinking water. Currently, the demand for water in many cities is more than the annual precipitation over the area of the city. The enunciation of urban water dearth has often screened the mounting dependency on groundwater resources in our country’s villages, towns, and cities. Clearly, the hushed growth of India’s groundwater dependency demands immediate attention and action.

Once – A Hidden Water Lifeline Of Urban India

Groundwater has slowly appeared as the hidden water lifeline for the urban areas in India. If numbers are to be believed, at least half of the urban water supplies in the country are through groundwater, the call for fetching in surface water transfers from great distances notwithstanding. Groundwater complements formal civic water supplies to countless degrees in nearly 6000 odd small towns to large clusters in India.

As towns grow into cities and cities grow into larger urban clusters, the rural-agricultural landscape surrounding a city gradually transforms into a rambling cover of built-up areas. The core areas of the cities are often serviced through more formal, civic water supplies including both large and small; the suburbs and peri-urban areas practically completely depend on groundwater. Unquestionably, a large chunk of the peri-urban area in developing cities is almost completely serviced by groundwater.

Talking about cities like Mumbai and Pune that depend upon rationally reliable and established surface water supplies are no exemption. There are several cities like Namma Bengaluru and Pune, where water to large apartment blocks is sourced from well water (including tube wells, dug wells, and boreholes) or tankers. Now even tankers draw water from wells and bore wells located in and around budding townships.

Rapidly growing townships indicate rapid construction activities. Yes, a huge proportion of real-estate developments depend on groundwater resources for construction, sadly the data for this is very hard to find.

Most of the problematic areas are concentrated in a few states. While Rajasthan suffers because of being a land-locked desert, districts in Punjab and Haryana are overexploited due to their heavy use of groundwater for irrigation. Several other water-stressed districts are rapidly growing urban centers where groundwater ends up being the fallback to meet increasing demand amidst the lack of adequate sources.

India’s water stress has increased in the last few decades as borewells were dug to extract more and more groundwater. Ideally, surface water should be stored during the monsoon season and used throughout the year instead of groundwater. Sadly, these tactics remained to flow as a news item only.

Water scarcity has become a common and known problem in India. The per capita water availability of less than 1,700 cubic metres is considered water-stressed and the present number in India is 1,545 cubic metre. Water resources ministry predicts water availability could plunge to 1,341 cubic metres in 2025 and as low as 1,140 by 2050. This scenario mirrors the water-scarcity conditions where per-person availability is less than 1,000 cubic metres. Different states in the country have been hit by severe drought conditions from time to time affecting people, agriculture, livestock, etc. The 5 states in South India, namely Karnataka, Kerala, Tamil Nadu, Andhra Pradesh and Telangana have been victims of a severe water crisis.

Scarcity of water has fraught all industries in the country in some way or the other and this includes the construction industry as well. Large amounts of water are needed in the construction industry for various activities. Starting right at the beginning, where water is needed to mix mortar, sand and other raw ingredients to make the plaster and construction strong and solid, water is sprayed on the built surface in abundance so that mortar absorbs the same and makes it tougher. Gallons of water are needed for the same depending on the volume of the construction project. Reducing water consumption and improving water efficiency in buildings is the need of the hour, it is one major step towards sustainable water management.

As per one on the research report, presents two tables after their survey- one that assesses the embodied water of the materials used in the building and the second assesses the amount of water used during the construction process.

You May Like: Importance of Saving Water in The Construction Industry in India

As part of its strategic focus on developing sustainable and innovative processes in building construction, Wienerberger India has come up with a simple yet innovative solution through its Porotherm Dryfix.System that can help radically reduce water consumption during the construction phase of a building. The solution also enables enhanced speed of construction, resulting in faster delivery of building projects.

The unique properties of Porotherm Dryfix.System eradicates the need for wet mortar and drastically reduces the requirement of water for any type of wall construction, including infill masonry or partition walls, as well as external walls. It comes along with Porotherm Grinded clay hollow bricks or Smart Bricks as a total solution. The bricks are a hallmark in precision technology, resulting in exceptional dimensional uniformity that can also reduce plaster thickness – leading to huge plaster mortar savings for the builder.

Porotherm Dryfix.System is a new-age innovative masonry system that caters to the requirements of environmentally conscious builders, architects and responsible citizens. It is a technologically-advanced wall building system that improves productivity, saves cost, ensures faster construction of walls through minimum resource utilization and zero wastage, while maintaining a cleaner and healthier working environment.

Wienerberger AG, is the world’s largest producer of clay bricks and a leading supplier of clay roof tiles and infrastructure solutions globally. It is number 1 in clay roof tiles in Europe. Founded in 1819, the company offers its customers a rich heritage of 200 years and unmatched expertise in developing smart and sustainable solutions for building construction and for the infrastructure of tomorrow.